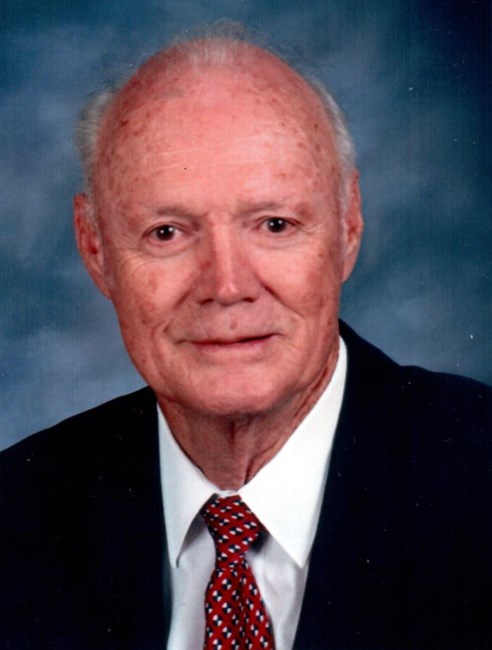 James Myres Stone, loving family man, loyal friend, and fair-minded boss, was born on September 17, 1927, in Houston, Texas and passed away on September 16, 2018 in Austin, Texas. He was a retired commercial general contractor. Upon his high school graduation towards the end of World War II, Jim enlisted in the Marine Corps and served in North China. After his discharge in 1946, he earned a Bachelor of Science Degree with a Major in Art and Architecture at the University of Houston. He then began his construction career in Houston with Farnsworth and Chambers, progressing from estimator, office engineer, and field engineer to job superintendent as he worked on projects in Texas, New Mexico, Tennessee, and Louisiana. He founded Stone Construction Company in Houston in 1958 and operated it through 1987. Over a thirty year period, he oversaw construction, renovation, and addition projects for the cities of Houston, Pasadena, Texas City and Galveston, among others. Stone Construction Company built Harris County area banks, schools, libraries, and industrial projects for chemical and refining companies, the Port of Houston, NASA, terminal work in Hobby and Houston Intercontinental, the FAA, University of Houston, Rice University, the Arboretum, Harris County Courtrooms, and many other jobs. Jim was a lifetime member of the Associated General Contractors of America and held office in that organization for two years. After retirement, he devoted time to personal building projects and business pursuits, Masonic membership, volunteer work at Christ Church Cathedral in Houston, travel with his wife Karen, and Second Tuesday luncheons with Lamar High School friends from the Class of 1945. He is survived by his devoted wife of 36 years, Karen Fogg Stone; his daughter, Laura Stone Starke and husband Hank; his son, James Hubert Stone and wife Deana; grandson, Christian Johnson; and stepson, Stephen Harp and wife Maria; and step daughter Lauren Harp. He predeceased by his parents, Hubert L. Stone, Sr. and Nina Myres Stone; his brother, Hubert L. Stone, Jr.; and his sister, Laura Stone Baggs. Jim will be remembered for his generous nature, his competitive yet straightforward approach in business, and his solid work ethic. He will be sorely missed by those who loved him and whom he loved. His was indeed a life well-lived. Visitation will be held at Cook-Walden/Capital Parks Funeral Home, 14501 N. IH-35 Pflugerville, Texas 78660, on Sunday, September 23, 2018 from 1:00 PM to 3:00 PM. Funeral Service will be held in Memorial Chapel of Cook-Walden/Capital Parks at 3:00 PM on Sunday, September 23, 2018. Please visit James memorial page at www.cookwaldencapitalparks.com where you can share memories and condolences with his family.
See more See Less

In Memory Of James Myres Stone