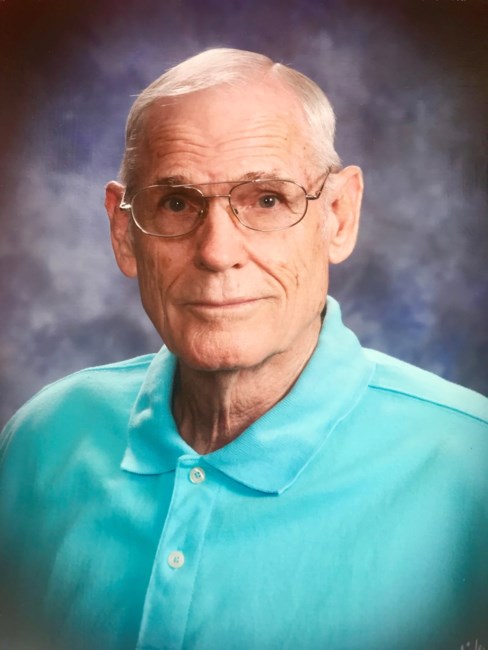 Jesse James (Jim) Farmer, 92, went to be with his Lord September 1, 2018, surrounded by loving family in Leander, Texas. Jim was born to Bessie May and James Taylor Farmer at home near Devine, Texas on June 15, 1926. The eldest of three, he became the man of the house at 11, on the passing of his beloved father. During WWII, with his Mother’s permission at age 17, Jim proudly joined the Marine Corps at San Antonio, Texas on July 17, 1943. He was assigned to Company G, 2nd Battalion, 25th Marines, 4th Marine Division. On his 18th birthday, June 15th, 1944, his unit was in the first wave of assault landings on Saipan, continuing on to take Tinian in the days following. He earned a Purple Heart medal for injuries sustained while in the fifth assault wave on Iwo Jima on February 19, 1945. Upon his discharge, Jim returned to Austin with two goals in mind – a vocation and a good wife. He received training under the GI Bill at Capitol Chevrolet. Capitol Chevrolet was located conveniently across the street from a café where the employees took their coffee breaks. Girls that worked at the Texas Employment Commission also took their breaks at that café and that’s where Jim first met the love of his life, Wynnell “Nell” Dixon. They began dating in 1947 and were soon married. They shared a life of love and adventure for nearly 60 years, facing many obstacles and triumphs together, until her death in 2006. Their son Rick and daughter Shelly were born on the same day, 3 years apart. Jim developed a reputation as a technician especially skilled in working on high performance engines and he not only built up a customer base among the local drag car racing enthusiasts, he and his family made many friends among them as well. Nell won many drag races in Corpus Christi, driving a 1960 El Camino that he kept finely tuned for the sponsor/owner. Jim and Nell traveled the country with their Avion travel trailer and dog Sparky for many years, taking even more lengthy trips after his retirement as Shop Foreman for Capitol Chevrolet in 1992, until shortly before Mom’s passing. They became members of the Lake Travis Methodist Church in the late 80’s, when meetings were held in an office building and remained active in the church until earlier this year. He was very active in the Hudson Bend Volunteer Fire Department, serving as Fire Chief from 1978 to 1987. He volunteered his time working at the Veteran’s Hospital, as well as delivering for Meals on Wheels. Jim was an active member of Chapter 1919 of the Military Order of the Purple Heart, joining the month after it was formed in 1995. He was on the inaugural Honor Flight Austin to Washington D.C. in 2012. Jim was also honored to return to Iwo Jima in March 2014, courtesy of the Austin Purple Heart Chapter 1919. This trip touched him deeply as he stood on Mount Suribachi, surveying the beach below where so many of his comrades were lost. Thanks to his incredibly smooth dancing skills, he became a favorite among the ladies at various senior center dances, always wanting to make sure the ladies all had a turn around the floor. Late in 2012 he met Janice Murray at a dance and they married in January 2013. This great man highly valued his country, family and his faith. Jim could fix anything mechanical, and most things not. He had such a great sense of humor and this booming chuckle that we will always miss. He instilled into his children and grandchildren a commitment to family and country and a work ethic second to none. Jim was preceded in death by his beloved wife, Wynnell Farmer, his parents, Bessie and James Farmer, and his brother Jack Farmer. He is survived by his sister, Virginia Farmer Bayer, son James Richard (Rick) Farmer and wife Rhonda, daughter Shelly Farmer Baker and husband Steve. Grandchildren Chad Farmer and wife Gina, Kristen Farmer Cardona and husband David, and Kyle Mahlen. Great-granchildren Olivia Cardona and Aiden and Lily Farmer, along with many loving nieces, nephews, great-nieces and great-nephews, dear family and friends. In lieu of flowers, memorial donations may be made to Honor Flight Austin at www.honorflightaustin.org or Honor Flight Austin, 815-A Brazos St., UPS Box 498, Austin, TX, 78701, or to The Military Order of The Purple Heart at www.purpleheartaustin.org or MOPH Chapter 1919, Attn: Milt Carr, 5701 Painted Valley Dr, Austin, TX 78759 The family wishes to express their deep gratitude for the excellent care Dad received in his final weeks at Riva Ridge Assisted Living in Leander, Texas. Ken Missler, owner, the fabulous caregivers and Toni Falcon, whom Dad greatly admired, as well as Mike Benson, LVN and Rachel Andre, RN with Guiding Hospice. Each of you touched his final days with your love and compassion and we will be forever grateful to you for your kindness and care. A Memorial Service will be held at 3:00 p.m., Saturday, September 15th, 2018 at Lake Travis Methodist Church, 1502 RR 620 N, Lakeway, Texas, 78734 followed by a reception.
See more See Less

In Memory Of Jim Farmer