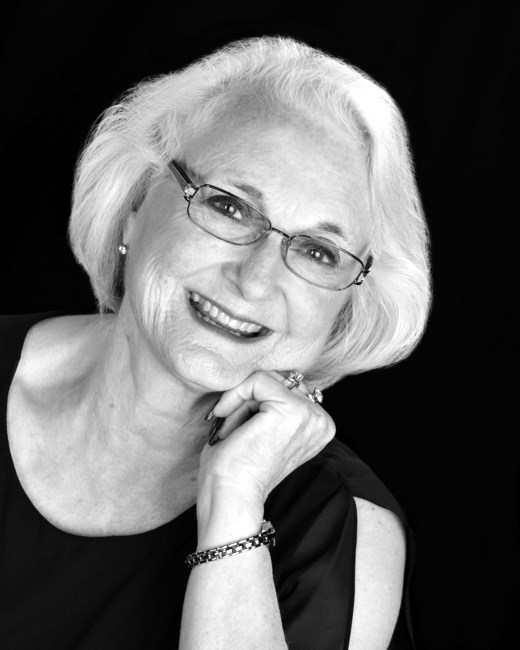 Sharon Lee Holder, 75, went to be with our Heavenly Father on May 7, 2022, in San Antonio, TX. To her husband she was known as “Sharsy,” and to both of her children as “Mom.” She died of complications after the onset of Covid. Sharon, born in Austin, TX, entered this world on Aug 11, 1946, and she was the daughter of Dr. Bill and Dorothy Linam, both of whom preceded her in death. She graduated from S. F. Austin High School in 1964, and then went to the then Brackenridge Hospital School of Nursing after which she became a licensed Registered Nurse. She is survived by her husband of nearly 55 years, Col Frank O. Holder, Jr., (USAF, Ret). She is also survived by daughter Shara K. Overstreet and her husband Eddie M. Overstreet of San Antonio, TX, and son, Tyler W. Holder of Austin, TX. Also surviving Sharon is her beloved grandson, Devon Matthew Overstreet. She is also survived by sister, Linda S. Linam of Georgetown, TX, and nieces and nephews: Alicia, Amanda, Elizabeth, JD, Randall, Rick, Ryan, and Wayne. Sharon met Frank in 1958 while the two were in the seventh grade. After an extended courtship, they married in 1967. In 1968, the two started their military life when Frank was commissioned into the United States Air Force. Frank was a little apprehensive about her accompanying him in building a military career because there would be a number of moves to different locations. Turned out she wanted to move to another base as frequently as possible. Thus, 13 moves in 26 years! During all those years, she took care of the “home front” while her husband was having his fun in the Air Force. For every day while a military wife and mother, Frank said she was the wind beneath his wings. Sharon was also a superior mother to Shara and Tyler. She was primarily responsible for their being the wonderful, successful adults they are today. And she considered her life complete when grandson Devon was born. Among her greatest joys was babysitting him for a few days at a time. The two shared the television show “Blue’s Clues”, playing “chase” during which when Frank was the chaser, Sharon was “home base,” and Devon would run to her for safety. And, last but not least, Sharon and Devon would share the recliner when he fell asleep for the evening. Sharon had another love, that of the Texas Aggies. So, when it came to her children, her grandchild, and Texas A&M University, she was very protective. In other words…don’t get in the way of mother bear! Sharon became a member of St. Philip’s United Methodist Church in Round Rock, TX. It was there she began her spiritual journey toward knowing Jesus Christ as her savior. With the support and encouragement of the church family, she led a number of church ministries which allowed more opportunity for spiritual growth. Thus, when her eminent death was made known to her, she accepted it with extraordinary courage and conviction of faith. She trusted Jesus to take her to the room He had already prepared for her. Sharon’s final message to all her relatives and friends, especially sister Linda, and friends: Don and Anita, Dale and Diana, and Anne Marie. “Thank you for your friendship, unconditional love, and unwavering support. I have been richly blessed with your presence in my life, and I love you all.” Daughter, Shara, shares the following story about her mom. “In a College Station store, Dad asked Mom to nonchalantly walk behind Texas A&M football coach R. C. Slocum while Dad filmed the scene. Well, her acting nonchalant was anything but that, and it became a fun family roasting of her. Mom never could “act.” She was just always true to her own self. Lesson learned: don’t be someone you are not. Be true to yourself. In life, it has worked for me! Thank you, Mom.” Son, Tyler, shares the following story about his mom. “My mother was an exceptional lady. She took care of me from the day I was born until she passed. From making sure I had breakfast every morning before school, to flying with me cross-country to make sure I had the best care, to answering a cooking question just a few weeks ago. She has never stopped being my “Mommy”. I love you forever, Mom.” This last message from Frank to Sharon: “Sharsy…until the 12th of never.” A funeral service for Sharon will be held Thursday, May 12, 2022 from 11:00 a.m. at Cook-Walden/Capital Parks Funeral Home, 14501 North Interstate 35, Pflugerville, Texas 78660. Following will be a committal at Cook-Walden/Capital Parks Cemetery, 14501 North Interstate 35, Pflugerville, TX 78660. Fond memories and expressions of sympathy may be shared at www.cookwaldencapitalparks.com for the Holder family.
See more See Less

In Memory Of Sharon L. Holder