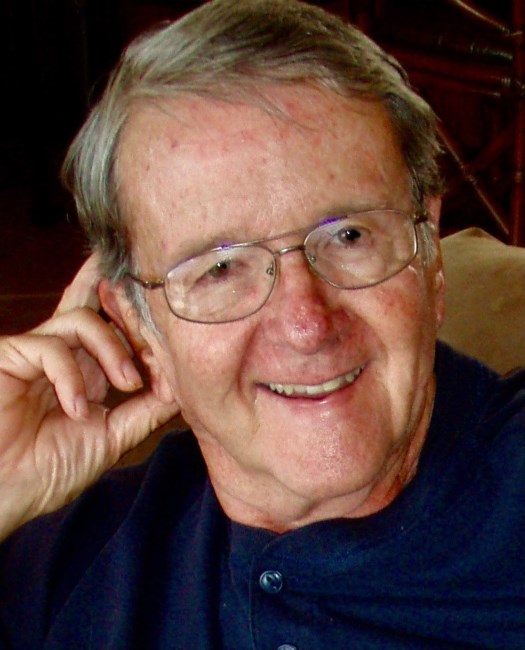 Charles (Charlie) Monroe Rucker, age 87, of Phoenix, passed away on November 25, 2021. Charlie was born on October 7, 1934, in Flagstaff - the first-born child of the late Kathryn Frances Rucker (nee Keller) and the late George Kent Rucker. Charlie is the beloved husband of Alexandra Rucker (nee Burke); father to loving children Michael (Karen), Kathryn Worthington (Thomas), and Creed (Michelle); beloved grandfather of Gabriela and Alexander Rucker, Chase and William Worthington, and Grady, Norah, and Fiona Rucker; and beloved brother of the late Retta Lou Nagle (and the late husband Russell). Charlie spent his childhood in Flagstaff. He received his undergraduate education at the University of Arizona, where he graduated in 1956 with a Bachelor of Science and was inducted into Phi Beta Kappa. He developed many lifelong friendships at the U of A, in particular through his involvement in his fraternity, Phi Gamma Delta. He then attended Columbia University College of Physicians and Surgeons, where he earned his Doctorate in Medicine in 1960. His medical training subsequently included an internship at the University of Chicago (1960-1961), residency in General Surgery at St. Luke’s Hospital, New York City (1961-1965), and fellowship in Thoracic Surgery at Columbia- Presbyterian Medical Center, New York City (1967-1969). Between his residency and fellowship, Charlie served in the U.S. Army as a general surgeon at the Army Hospital in Tehran, Iran (1965-1967). This is where he met his adored wife Alexandra, who was living in Tehran while her father served as consul general in the U.S. State Department. Charlie and Alex had a strong desire to return to Charlie’s home state of Arizona. They settled in Phoenix, where they enjoyed 55 years of marriage and raised three children. Charlie worked in private practice as a cardiothoracic surgeon for over 30 years in Phoenix. Over the course of his long accomplished career, he served as Chief of the Department of Surgery, Chairman of the Cardiovascular Surgery Section, Vice President and President of Medical Staff, all at St. Luke’s Hospital, as well as Chairman of the Department of Cardiovascular & Thoracic Surgery at St. Joseph’s Hospital. Charlie was passionate about medicine and cared deeply for all of his patients. He was proud of his Arizona heritage and cherished the outdoors and natural beauty of his home state. His life was driven by love of family and immense Episcopal faith. A memorial mass with reception to follow will be held at 2 PM on Saturday, December 18 at St. Barnabas on the Desert Episcopal Church, Paradise Valley, AZ 85253. In lieu of flowers, donations can be made to St. Barnabas Episcopal Church or Columbia University College of Physicians and Surgeons, Attn: Laura Tenenbaum, Senior Director of Development, Columbia University Medical Center, 516 West 168th Street, 3rd Floor, New York, NY 10032. Laura may also be contacted at 212-342-2108 or via email at rt2113@columbia.edu.
See more See Less