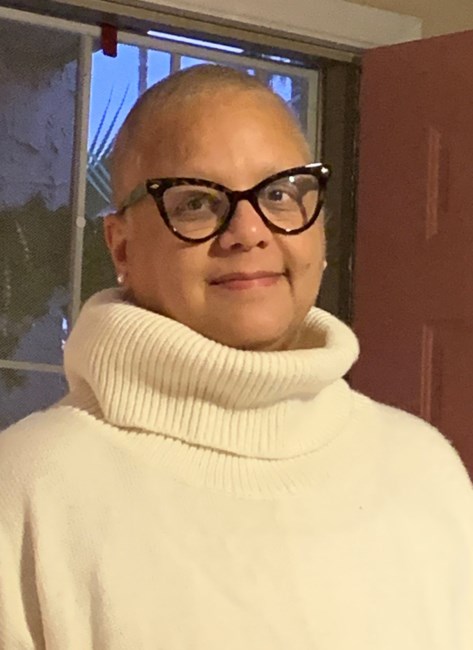 Debbie Bowden was born to Pamela and Parker Jones on July 27, 1968 in Pasadena, Ca and was baby sister to Anthony and Kymberley Jones. Debbie began her youth in Pasadena/Altadena where she swam on the YMCA swim team and played little league baseball. Her family then relocated to Hollywood, Ca where she completed Jr High and High School. Debbie was not only popular at Hollywood High but was also voted best dressed and 1 heck of an athlete in softball and basketball! Not to mention she would shut down the dance floor at our school dances! Debbie also enjoyed roller skating especially from her house to Santa Monica Beach! After High School, Debbie attended the College of Notre Dame in Belmont, Ca and then Modesto Jr College, where she obtained her AA in child psychology! Debbie soon met the man who would become her husband of 31 years, Sabre Bowden! They together brought 3 amazing children into the world! Alfred, Jasmine and Kenny! The family started their lives together in Modesto, Ca and relocated to Glendale, Az in 1998. Debbie absolutely loved everything about being a mom! Her babies meant the world to her and it showed. From not missing one event they were involved in from t ball games to Pop Warner football games and Karate tournaments. She was mom and auntie to do many of the kids friends over the years and was very well respected in her community! Debbie faced many tragedies in her life, but never for one minute stopped living ! She was not one to feel sorry for herself! Her strength and endurance was absolutely unmeasured! Even in her final days, she said, “Don’t cry for me, celebrate me”! So let your tears today be tears of happiness because she is FREE now!! NO MORE CANCER!! Debbie was preceded in death by both her mother and father, her brother Anthony, her grandparents and her beautiful daughter Jasmine Marie Bowden! She leaves to mourn her loss, her husband Sabre, her sons Alfred and Kenneth, her mother in love, Mary and her sister Kym and a host of nieces and nephews as well as close friends who were also considered “FAMILY”! 1 Thessalonians 4:14 For if we believe that Jesus died and rose again, even so God will bring with Him those who have fallen asleep in Jesus ~ The Family of Debbie Bowden would like to thank family and friends near and far for your prayers, phone calls, messages, flowers and words of comfort. Go with God and know she is now at peace and reunited with her daughter and other family members! We will celebrate now a life well lived and carry her memory in our hearts forever! God Bless
See more See Less

In Memory Of Deborah Lynne Bowden

Send flowers in the next 7 hours for guaranteed delivery.