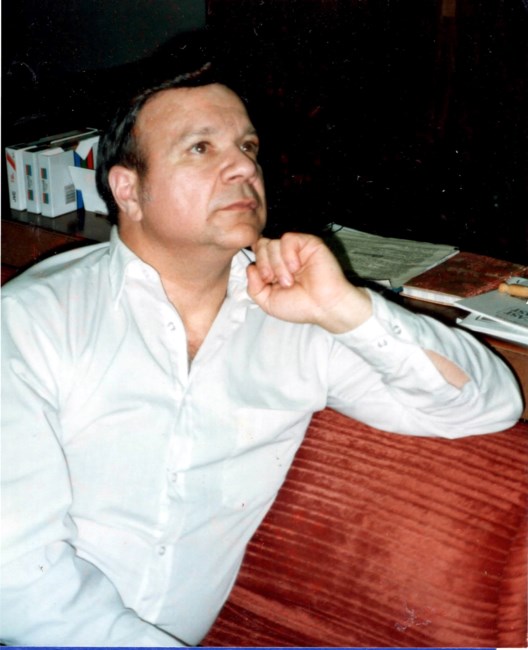 John Albert Catalano, 80, died following complications of heart surgery at St. David’s Hospital of South Austin, TX on May 6th, 2022 with his nieces Jacque & Renée at his side. He was born November 11, 1941 in Manhattan, NY. The son of Renault and Jennie (Mendola) Catalano. His family moved to Arizona when he was young and he lived in Phoenix until career opportunities took him all over the country and the world. His stories shared that he inherited his love of electronics and skill with them from his father, his love of poetry from his mother, shared his love of tools and a competitive spirit with his brother Rene, and spent an inordinate amount of time and energy pestering his younger sister Ann (Roseanne). In May of 1960, John graduated from North Phoenix High School and went on to attend Phoenix College and Arizona State University. He earned his Bachelor’s degree in Chemistry from ASU and continued his education by earning many certificates and programs throughout his career. John worked for over 28 years in the Electronics Industry, with the big names: Honeywell, Semitech, and National SemiConductor. He managed and consulted on semiconductor plants in Japan, Colorado, Washington, and Texas. And built the Largs, Scotland U.K. semiconductor plant from the ground up and managed it for 5 years. He loved his work and proudly carried business cards from each of his roles so he could talk about them. Throughout his career and travels John made deep and abiding friendships that he valued greatly. On June 15, 1963 John married the love of his life Nancy Louise Armstrong Catalano. Theirs’ was a love for all time and just days before his passing he was telling us how much he missed her. Every phone call had a story of a good memory they made together. They traveled across the country in a 5th wheel seeing the sites and making memories. Their two beloved shelties, Kelley and MacScamper, traveled along with them, even up to Alaska on the famed Alaskan Highway. While Nancy journeyed to heaven far too early in 1986, John’s love and devotion never faltered. After Nancy passed, John did marry again and his favorite part of that relationship was the step-children and step-grandchildren he inherited as a result. John was a man of many interests and passions. He and Nancy were members of the North American Toy Train Society and at one point he was the President. The evidence of his train collecting passion was clearly evident to anyone who visited him. The train collection and memorabilia were epic to say the least. He loved to travel and after visiting all 50 states with Nancy, he expanded to travel to places all over the globe. As he traveled, John collected. And when he collected, it was with great passion and dedication. Among the collections he had were: stamps, coins, Lionel trains, salt & pepper shakers, Beanie Babies, videos (VHS & DVD), Nascar, knives & swords (over 1,000), dolls, chess sets, silly t-shirts, Royal Dalton china, and guns (especially cowboy guns.) He also loved music and was extremely diverse in his tastes as exemplified in his enormous, but well organized, CD collection and his classic reel to reels. His instruments of choice though were the organ and harmonica. He could make them both carry his emotions out to his audience or play just to please himself. And like his mother, Jennie, he was quite the hand at writing poems to express his thoughts. Another one of his skills/passions was scouring the internet for clever memes and images to incorporate into his one-of-a-kind birthday and Christmas cards. If you were lucky enough to get one, even the envelope was a work of art and love. If you spent much time talking to John you also know he was passionate about politics and closely followed what was going on not just locally, but at the federal level as well. He was greatly disappointed when Biden was elected, as he was a staunch Trump supporter. We are sure that even now he will be following the upcoming elections and sharing his opinion! John was preceded in death by the love of his life Nancy Armstrong Catalano and their two sons, John & Ted; and by their beloved dogs Kelley & MacScamper. His parents, Renault and Jennie, his brother Rene, and his sister-in-law Ruth Catalano also passed on before him; as did many of his closest friends, aunts, and uncles. His step-grandson Ryan passed shortly after his death. Special thanks to the friends in Austin who helped him and the family in his final days: Pat & Charlie, Ruger Dan, Tim F., and Missy, MJ, and Randy (his favorite neighbors.) John is survived by his sister, Ann (Roseanne Catalano) Farence and her husband John (Scottsdale, AZ). He also has 3 nieces and their families who adored him: Renée Catalano and her husband, Aaron Brewer, and their sons Aidan & Cory (Glendale, AZ); Jacque (Catalano) Nelson and husband, Mike, and stepson Tyler (Peoria, AZ); and Jennifer Norstrom and son Jaylen Maffei (Folsom, CA). He also leaves behind one nephew Brian Norstrom and daughters Athena Williams (Ashland, OR) and Kiana Swanson (Tempe, AZ). John was also survived by his step-grandchildren: Kayla, Brittany, Crystal, and Amber. As well as his godson, Johnny Mendola. The memorial service will be held at 10am on August 6th, 2022 at the Greenwood Memorial Lawn Chapel. 719 N. 27th Avenue Phoenix, AZ 85009. Above all else, John was a wonderful husband, brother, son, friend, uncle, and step-grandfather and will be missed immensely. His was a life well lived though and he loved to share the stories he collected along the way. In lieu of flowers, the family requests that those who wish to remember John please email the family with a favorite memory or story to be shared.
See more See Less

In Memory Of John Catalano