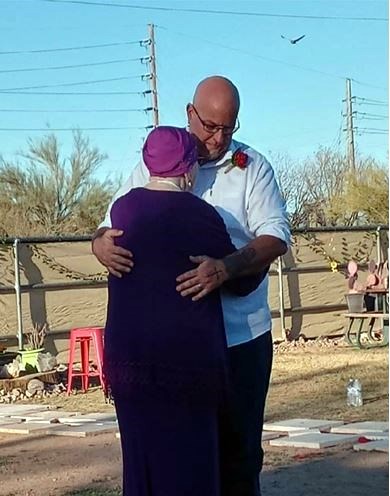 Judith Kennedy, 74, of Phoenix, Az. Died from cancer complications on August 2, 2022. Judy Kennedy, daughter of Stephen and Florence Cleveland, was born on February 4, 1948, in Phoenix, Az. She is survived by her son Rollin Kennedy. Judy is also survived by her siblings Barbara Clinton, Shirley Yarn, Richard Cleveland, Claudia Cross, Patricia Gallagher, Susan Barefield and Roger Cleveland. Judy was such a hard-working person it was almost impossible to get her to take some down time. She first retired after working 20 plus years with the City of Phoenix at Ocotillo Library and went on to then retire from the Arizona Republic after delivering newspapers for several years. That doesn’t mean her working career ended there. Retirement never truly set in for her as she continued to work seasonal jobs at the Ballpark, State Fair and the Election Stands. The only thing in life that ever slowed her down was the second round of cancer, but it never got her spirits down. She lived every day to its best! Judy had a heart or gold and was the one person everyone knew they could go to for a heart-to-heart talk. Her favorite way to pass the time was by working on crafts like burp rags, baby blankets and Christmas stockings for families in need. Judy was the kind of person who wouldn’t stand to watch families struggle and always helped where she could. She proudly dedicated herself to her church and to God. She was loved by many people and will truly be a missing piece in many lives. A visitation for Judy will be held Friday, September 2, 2022 from 10:00 AM to 11:00 AM at Advantage Funeral & Cremation Services – Maryvale, 6901 West Indian School Road, Phoenix, AZ 85033. Fond memories and expressions of sympathy may be shared at www.AdvantageMaryvale.com for the Kennedy family.
See more See Less

In Memory Of Judy F. Kennedy