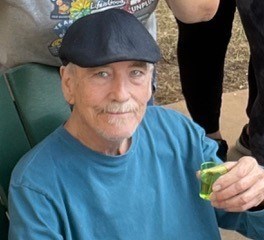 Karl French Henson passed away Sunday, January 22nd, 2023 in Phoenix, Arizona surrounded by his family. Karl was born June 9th, 1954 in Chandler, Arizona at Williams Field Air Force Base to Elden French Henson and Yvonne Lorena Evans Henson. Being from a military family, Karl had the opportunity to move around when he was young and spent his time adventuring with his two brothers, Evan and Kerry, and his sister, Karyl. In 1969, his family moved to Payson, Arizona where he attended and graduated from Payson High School. After graduating, he spent a few years in California where he worked at the Attitude Adjustment Liquor Shop with his cousin, Mark. In 1982, after moving back to Arizona, Karl started working at The Liquor Barn and that is where he met the love of his life, Tammie. They would be in inseparable from there and would later move to Window Rock, Arizona together so Karl could run the family insurance business. He and his bride had three beautiful children together, Jacob, Travis, and Kylee. Karl’s family was everything to him and he spent a lot of time cheering his children on at their sporting events, attending Boy Scout meetings, and creating the best family memories. As the family grew, he would continue showing up unconditionally not only for his children, but his grandchildren. No matter what happened along the way, Karl always said he was blessed in his life. He is survived by his wife of 36 years, Tammie; his children Jacob (Ruby), Travis (Sheanna), and Kylee (Adam); his grandchildren Cyanne, Kaiden, Maya, Madisyn, Tinley, Aryana, and Lillian; his sister Karyl (Jeff) and too many additional loved ones to count! Karl was preceded in death by his parents, Elden and Yvonne; his brothers, Evan and Kerry; and many extended family and loved ones. The family will honor Karl’s wishes to not have a public viewing. Family is Everything. Life is Good, Do What Makes You Happy. Thankful, Grateful, and Blessed. Fond memories and expressions of sympathy may be shared at www.phoenixmemorialmortuary.com for the Henson family.
See more See Less

In Memory Of Karl French Henson