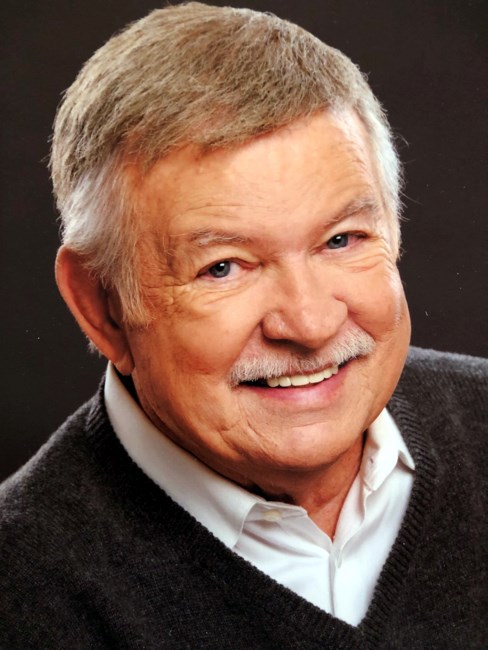 Sanford Gibbons lived the life he wanted to live – father, actor, singer, ad man, writer, director and producer. He was born in Kansas City, Missouri and attended St. Benedict’s College in Atkinson, Kansas, where he earned a Bachelor of Arts degree in English and Dramatics. (While he considered entering the priesthood at the Benedictine college, he later quipped that when he learned what “nun” actually meant (none) he abandoned that vocation. He enlisted in the US Army and was recruited by actor Robert Blake to join the Armed Forces Radio Service in Anchorage, Alaska. He had a television variety show while in Anchorage, played guitar, and sang western and folk music in numerous clubs in the area, where he met his first wife, Julie. About that time Elvis became popular and crowds appreciated when Sandy sang Elvis tunes. He had a “hit” record during this period, “Rocka’ My Soul.” He was honorably discharged from the Army and moved to Hollywood where he performed in a musical comedy for two years. His first screen role was in “Alfred Hitchcock Presents.” He joined the Screen Actors Guild, eventually becoming a board member, and later, President of Arizona SAG for several years. He went on to perform in over 55 major motion pictures (including Tombstone, Tin Cup, Used Cars, A Star Is Born, and Lightning Jack), and numerous television productions, including a recurring role on Little House on the Prairie. In Arizona he was a news anchor on KPHO; and program producer, director and host of “Dialing for Dollars.” On the Bill Heywood radio show, Sandy provided the characters that Bill interviewed including Ranger Bob and Lewis Luscious. He coached acting and wrote a book, Show Biz: Voice and Talent Work Anywhere, in which he shares his experiences with many major stars and what they taught him about show biz. He was in two new movies in the past year and, in the last week of his life, was rehearsing to star in a new play. For years, Sandy hosted “the Wallace Luncheon” every Friday, gathering with Bill “Wallace” Thompson and a rotating cast of characters –including a core group of longtime Phoenix area “personalities” and a host of friends and family. He was an active member in the Creative Living Fellowship and recently completed his term on their Board of Directors. He is survived by (and survived) four children; Jim Gibbons, Elizabeth Erwin, Margery Gibbons, and Sue Welch; grandchildren Sedona, Morgan, Jeremiah, Sandra, Brandon, Julie, Vera, Della, and Jack; and 16 great grandchildren. His Celebration of Life will be observed at the Creative Living Fellowship (6530 N. 7th Street, Phoenix, AZ) at 2 p.m., Friday, January 4, 2019. Sanford Gibbons lived the life he wanted to live and lived it well.
See more See Less

In Memory Of Sanford Lawrence Gibbons