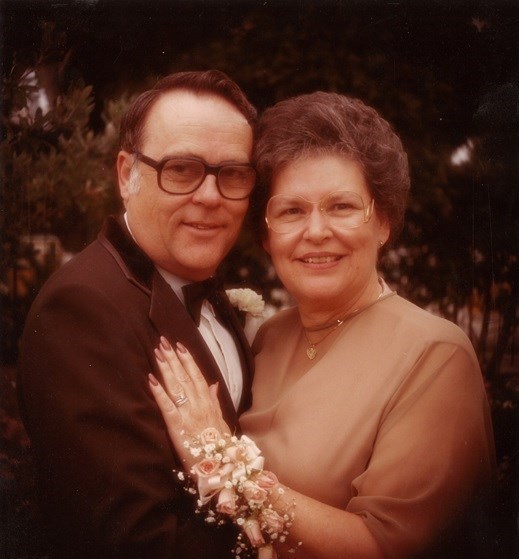 Syble Ozella Burch joined her beloved husband, January 9, 2015, at a poker table in heaven. She passed peacefully after a sudden illness, defiantly fighting through her 88th birthday, January 5th. She was the strongest, toughest, kindest, funniest person in the world. Suffering the loss of her zest for life are her sister-in-law, Sharline Reedy; children, David Burch (Dave), Danna Burch and James D. Burch (Doug); daughters-in-law, Helen and Karina Burch. She doted on and took enormous pride in her grandchildren, James, Damon, Jamie, Anthony, Ashly and Alexandra (Ally). She was delighted when great-granddaughter, Lacy, joined the clan. Syble began what was to be an extraordinary life January 5, 1927, in a farmhouse (RFD#2) in Wingate, Texas, the sixth of seven children born to Henry Alvin and Danna May (Stephens) Sheppard. She was the last to survive, preceded shortly by her dearly loved sister, Euna McMillon, who shared her birthday. It was not an easy life for a young girl. When the season was upon them, she picked cotton before and after walking three miles to school each day. She later worked a variety of jobs, supporting herself and later, son Dave. Times were often hard. She admitted going without food so she could make tomato soup out of catsup for Dave. She sang in nightclubs (the kind she told granddaughter Ally she wouldn’t want to see her in). She lived and worked alone for a time in San Francisco, an intimidating thing for a young woman fresh off the farm. In 1951, she met the man who was to be her epic love at Metro Electric, in Amarillo, Texas. Syble and Jim Davis Burch shared a remarkable love affair, marrying on November 13, 1951. She sat by his bedside the many months and years he suffered through repeated medical issues related to Crohn’s Disease. She never missed a day of being with him. They found strength in one another, and his passing in 2010, broke her heart. She had never given any thought to herself, always putting Jim and her children first. She continued to provide emotional and financial support to her children until her passing. Syble loved to cook and refused to let anyone convince her that she should relax in her “old” age. She taught her granddaughter Ally to love cooking, and her neighbor, Wendy, to make banana bread. She left behind pralines, toffee and peanut brittle she insisted on making for Christmas. Poker was Syble’s avocation. She amazed everyone with her remarkable luck and skill. Beginning with penny ante poker parties with dear friends who preceded her, Gayle and Isabelle Vaughn, and surviving friends, Rosemary and Jack Shelley, Syble went on to teach all of her children, daughters-in-law and grandchildren the strategies of her success. Syble’s luck astounded family and friends as she took to poker machines in Laughlin. Upon Jim’s retirement, trips to Laughlin became a regular excursion for them. Jim tracked her wins and losses and calculated that indeed her success was a statistical anomaly. A private graveside service will be held at a later date. Syble would approve of donations to the local chapter of the Crohn’s and Colitis Foundation in lieu of flowers. She will be sorely missed by all who knew her.
See more See Less

In Memory Of Syble O Burch