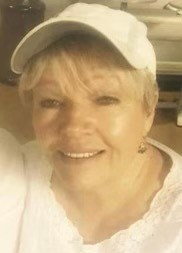 Terry Layne MacGregor (Gill) 74, of Phoenix, Arizona left this world early the morning of January 18, 2022 for her heavenly home. Terry was a dedicated and committed Christian. Terry is survived by Rex, her husband of over 42 years, her three children: John Pugliese, Phoenix, AZ (Julie Pugliese); Nathan MacGregor (Alexander Hodges, Lachlan Wilhelmi, 10; Sarah Hackett, Phoenix, AZ (Preston Hackett, Joshua Hackett, 17, and Aiden Hackett, 12) and her three sisters, whom she loved dearly, Cindy (Gill) Younger, Cathy (Blanco) Vlerrick and Kathy (Meador) Byers. Terry’s parents, Richard Gill (Irene Gill) and Harriet “Chris” Blanco (Richard Blanco) preceded her in death. Terry was born July 17, 1947 in Big Rapids, MI; at six months of age, her mother moved to California, where Terry lived until the summer of 1963 when her family moved to New Rochelle, NY. In 1965, the family moved to Cocoa, FL. Terry attended three high schools: Pasadena High School (1961-1963), Pasadena, CA, New Rochelle High School (1963-1965), New Rochelle, NY, and graduated from Cocoa High School (1965), Cocoa, Fl. After high school, Terry moved to Tallahassee, FL, where she lived until 1977, when she, little John-John and her kitty, Jennie, moved to Phoenix. Terry and Rex married on August 4, 1979, living the majority of their 42+ years together in Arizona. Terry worked for Sears and JC Penny; she was a very successful sales person. Terry’s greatest love and vocation, however, was that of being a loving wife, mother, grandmother and sister; she loved her family, family gatherings, gardening, collecting cook books and her pets. Terry cared for people; she was a Hospice Volunteer for many years and in recent years, Terry was very active in the Women’s Ministry of her church, Cactus Christian Fellowship. On Sunday, February 20, 2022, at 11:00 AM, a memorial service to celebrate Terry’s life and legacy will be held at The Homestead Community Center @ DC Ranch, 18600 N. 98th St., Scottsdale, AZ 85255.
See more See Less

In Memory Of Terry Layne MacGregor