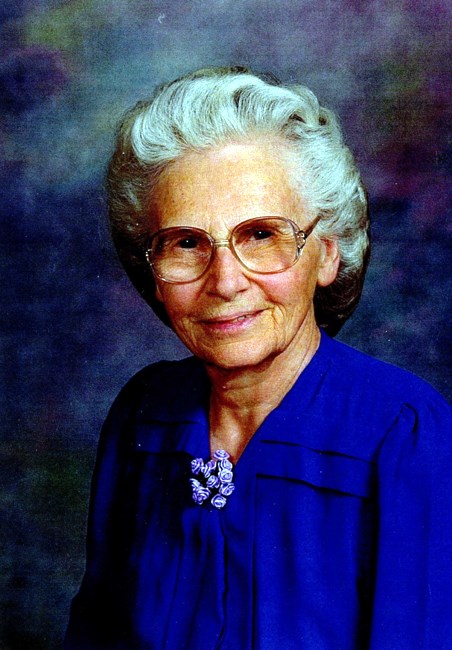 Easley, SC - Mrs. Ruth S Craig, 98, widow of Mr. William Nean Craig, passed away on July 28, 2022. Ruth was born on May 7, 1924 to the late Charles "Dee" Dietrich and Dulcenia Adline Puckett Seaborn. She grew up in Six Mile, South Carolina and graduated form Six Mile High School. William and Ruth were married for 72 years. Mrs. Craig was a stay-at-home mother until her children started school. Ruth worked in the textile industry for many years, and her last location was at Work Wear in Pickens. Later she worked in retail, including the local Harpers Store. Ruth and her family moved to Pickens after Duke Power bought their homeplace in preparation to form Lake Keowee. Attending church was always a top priority for Ruth. She was an active member of Mt. Olive Wesleyan Church where she taught Sunday School for many years. After moving to Pickens, she and her family joined Pickens View Wesleyan Church where she remains a member. Her faith in Jesus Christ, her Savior, was unwavering. Ruth is survived by one son and his children: Don S. Craig (Annette), Kim, and Leigh; one daughter and her children: Gail Griffin, Brian, Alan, and DeLynne; sixteen great-grandchildren; four great-great grandchildren; one sister: Eloise Seciliot of Columbus, Ohio; two sister-in-laws: Martha Seaborn-Bolding and Barbara Seaborn; and one brother-in-law: Bill Dorsey. In addition to her parents and husband, Mrs. Craig is preceded in death by her son in law: M.H. Griffin; five brothers; and six sisters. Funeral Services will be conducted at 2:00 PM on Sunday, July 31, 2022 in the Chapel of Dillard Funeral Home with interment to follow at Hillcrest Memorial Park. Dress comfortably. The family will receive friends from 1:00 PM until 1:45 PM prior to the service. The family would like to express appreciation to the Heartland Hospice staff for the care they provided to Ruth. Special appreciation is expressed to Maurissa at Heartland. In lieu of flowers, memorial donations may be made to Pickens View Wesleyan Church Missions. 744 Bethlehem Ridge Rd. Pickens, SC 29671. Online condolences may be expressed to the family by visiting www.dillardfunerals.com. Dillard Funeral Home is assisting the family with arrangements.
See more See Less

In Memory Of Ruth S Craig