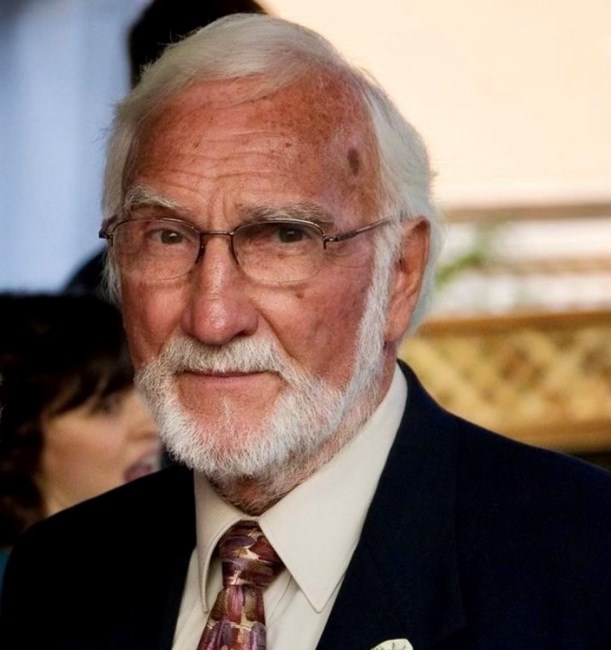 Chapel of the Pines

Lyle Goodwin, age 91, passed away peacefully at home in Placerville on Sept. 17. Lyle was born on April 8, 1931 in El Segundo, Calif. He was the son of Marvilla Rebecca Purser and Alfred Cyril Goodwin. Lyle was raised in Southern California attending Inglewood High School, where he was awarded the football Most Valuable Player and was the senior class president. He married is wife Leslie Goodwin in Kailua-Kona, Hawaii. As an architect he spent most of his career self employed. He was partner in a contracting firm that did military housing renovation which involved travel both domestic and international. He has always been an avid golfer, loved tennis and racquetball and coached his boys in little league, and supported his daughter in many sports. He had a passionate interest in listening to music, his choice was always jazz and his choice was always playing it loud for all his neighbors to hear. Lyle was a very talented artist, he completed many family members portraits, self portraits, water color and oils. Almost every home he lived in he would put his special architectural talents to work by adding a trellis, swimming pool, water feature, decorator outside lighting, decks, etc... He was an active member of the The Church of Jesus Christ of Latter Day Saints since a very young age. He served in many callings including Counselor in Bishopric in Alpine, Utah, Elder's Quorum president, YM president, Stake Missionary, he completed a Service Mission in the bishop's store house at age 85 for the The Church of Jesus Christ of Latter Day Saints. He was the director of the Family History Library in Placerville for two years as well. He loved his dogs, from a very young age he always owned a dog, in fact he was closer to his dogs than most people. He is survived by his eternal companion Leslie. They have been married for 44 years. Children: Douglas Goodwin, Utah, David Goodwin, Utah, Bradley Goodwin, Wash., (wife Peggy), Lauren (Goodwin) Nielson, husband Gary, Utah, and step-son William White, Calif., (wife Traci), He had 12 grandchildren and 30 great-grandchildren. He loved the sunshine and hot weather, many travel adventures where to warmer climates including Panama Canal, Caribbean, Mexico, Florida, and Hawaii. Celebration of Life will be Saturday, Sept. 24, at 12:00 noon, at The Church of Jesus Christ of Latter Day Saints, 4621 Pony Express Trail, Camino, Calif. Interment will be at Westwood Hills Memorial Park, Placerville, Calif. Fond memories and expressions of sympathy may be shared at www.chapelofthepinesfunerals.com for the Goodwin family.
See more See Less

In Memory Of Lyle P. Goodwin