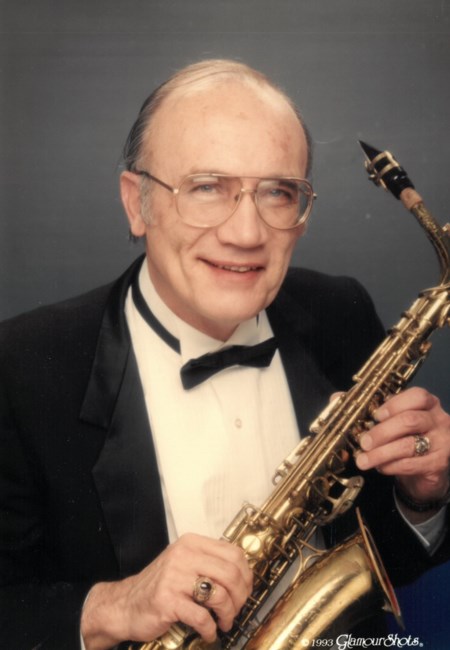 Charles Thomas Eagle, Jr, 87, passed away after a brief illness on Oct. 27 in Plano, TX. He was born to Charles T. Eagle Sr. and Helen Rice Eagle on Nov. 14, 1932, in Raleigh, North Carolina. His family moved to Beaumont where he graduated as salutatorian from South Park High School in 1950. There he met and fell in love with Patsy Robertson and they married on Aug. 28, 1954. Charles attended the University of Texas at Austin where he received a Bachelor of Music degree in 1955 and a Master of Music degree in 1956. He and his family moved from Austin to Midland, TX, where Charles was band director at the local junior high school. Charles and family then moved to Wichita Falls, TX, where Charles was a successful field sales rep for A.H. Robbins pharmaceutical company. They then moved to Lawrence, KS, where Charles re-entered academic life and completed his Ph.D. in Music Therapy at the Univ of Kansas in 1971. He then started the music therapy program at the University of Miami, and then on to Denton, TX, to teach music therapy at TWU. He then moved to SMU to start the music therapy program and served as head of that department and assumed other leadership positions in the Music Division. Charles retired from SMU as Professor Emeritus in 1995. Throughout his life, Charles enjoyed playing in jazz groups as an accomplished saxophone player. He was also a 32nd degree Scottish Rite Freemason, and was active in that organization earlier in his life. Survivors include his wife of 66 years, Patsy Robertson Eagle; four children and their families: Louise Eagle and her daughters Georganne Taylor, Emily Taylor and Alana Taylor; Tom and Catherine Eagle and their children Alexander Eagle, Anna Eagle, and Harrison Eagle; Tim and Terri Eagle and their children Krysta and Neal Buchanan, and James and Emily Eagle with their daughters Ashlynn and Courtney; Todd and Parmis Eagle and their children Ariana Eagle and Adrian Eagle. He is also survived by his sister Evelyn Eagle and her daughter Rachel Scott.
See more See Less