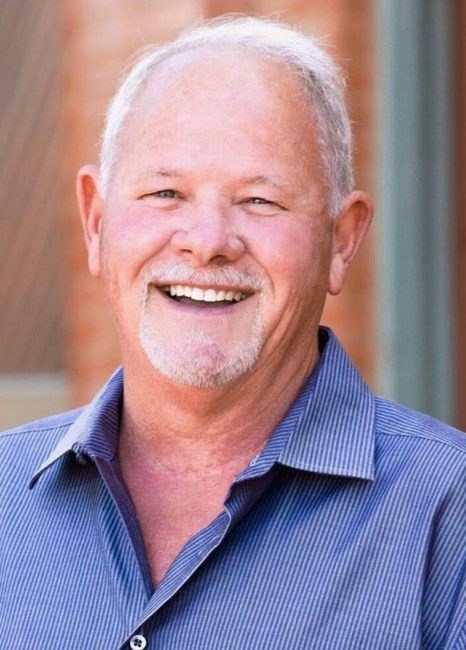 Michael Lee Murphy was born on September 13, 1955, at Florence Nightingale Hospital in Dallas, Texas to Mildred Inez Foreman Murphy and Shelton Smith Murphy Sr. Mike was raised with his brother, Smitty and sister, Patti in North Dallas. His Parents and Brother preceded Mike to the afterlife. Mike graduated from Thomas Jefferson High School where he met and built a strong circle of lifelong friends who, he loved and cared for like brothers. His caring and nurturing nature was the glue that kept friendships strong, and he was proud to be able to bring people together and built friendships that lasted over 50 years. Above all things he was loyal. Mike was a loving and dedicated partner to his fiancée Crystal Cartwright for 11 years. Together Mike and Crystal shared a blended family, that included Mike’s two beloved sons, Matthew Murphy, of Allen, Texas and Kevin Murphy of Anna, Texas, Kevin’s wife Lauren, along with their son, Levi Murphy, and daughter, Harper Murphy; Crystal’s two children, Zachary Lilly of Talbott, Tennessee, his partner, BJ Patterson, and Courtney Lilly, her fiancée Jake Rhonemus, and Courtney’s daughter Adelynne Lilly all of Princeton, Texas. The last celebrations that Mike was able to witness was the birthday of his son Matthew and the Proposal of his special girl Courtney in his home before his passing.

After Mike graduated from high school, he followed in his father’s footsteps. He adored his father and was so proud to be able to work side by side with him building swimming pools and hot tubs. Mike took great pleasure in designing personal oasis’ for his customers and their families. His vision and expertise creating plans for new pools and waterfalls was unique. He had the ability to take an old project and develop a plan for remodel that some would consider a challenge and make it seamless. Mike built a reputation in the industry with his peers and was revered and respected by his clients, his peers, and his competition.

Mike had the ability to make everyone feel welcome and at ease in all situations. He was a trusted friend and coworker, and was loved by so many people, many of them he had known since elementary school. Even if you were new to his circle, you felt safe in his presence and always left a conversation with him knowing that he held your best interest very close to his heart. Mike was a rare human being. Rare in his ability to bring all people in his life together. He was known to coach other’s to “not harbor that” and one of his favorite sayings, “It is what it is.” He was a “move on” kind of person, a “tomorrow is a new day” kind of guy. Mike did not harbor bad feelings. He understood life was short, although no one realized how short it would really be. You are never ready to lose someone this special. We can all be grateful for the amazing memories and one-liners Mike left us.

Mike cherished his children. He was so proud of them all. Mike reveled in being “Papa” to his three grandchildren. He held high his lifelong friends whom he loved like family. He loved his Crystal, and they held each other close for eleven loving years.

Fiancée: Crystal Cartwright of Allen, her son, Zachary Lilly and his partner, BJ Patterson, her daughter,

Aunt and Uncle, Marieta and Don Oglesby (his mother’s sister)

Mike leaves behind a host of friends whom he considered family. There are too many to name and he would not want to leave anyone out if we were to try to list them all here. So thank you to all of you who loved Mike so well.

To those special friends who rearranged their own lives during this difficult season of Mike’s life and helped Crystal and the kids get through this with as much Grace as possible, Thank you. Thank you for accompanying Mike to medical appointments, for the lunch dates, for the meals, for the “gifts”, for the love, for the understanding. Thank you to Pool Environments for your unwavering support of Mike through his illness, you have been a rock during this storm.

On October 29th Robert and Elsa Burg planted a tree in Israel, in honor of Mike’s life here on Earth.

There will be a graveside burial of Mike’s Ashes and, in typical “Mike” fashion there will be a Celebration of Life, the dates will be announced at a later time.

In Memory Of Michael Lee Murphy