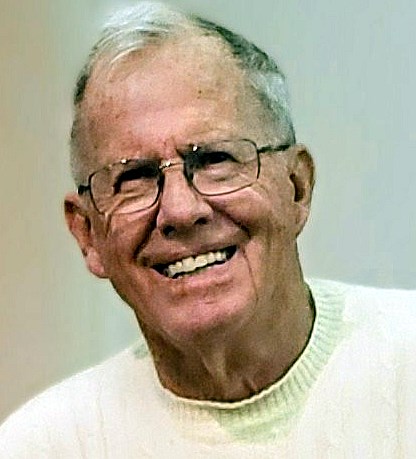 Rehn Nelson of Plano, Texas passed away on November 9, 2022 after a brief illness. Rehn was born February 23, 1942 in Tecumseh Michigan to Catherine Heesen Nelson and Paul “Rehn” Nelson. The family moved to Albion New York when Rehn was young. He graduated from Albion High School in 1961. Rehn then studied History at Parsons College in Iowa earning a Bachelor of Arts. Afterwards, he continued the family tradition by obtaining a Master’s degree from the University of Michigan in 1967. It was there he met his wife, Patricia Schrey, and they married in 1969. They moved to Ft Wayne Indiana where they had two children. In 1976, they moved to Plano Texas where he began a career with Rockwell International as a system analyst. Rehn spent 12 years with Rockwell and then started a long career as an independent consultant for a variety of industries. Rehn enjoyed being a referee to all sports especially football which he did for over 58 years. Rehn was also very involved for 46 years with Christ United Methodist Church, where he served as an usher for many years. Rehn was very proud of his association with Sigma Chi Fraternity and the Elks. He loved to volunteer and meet with these gentlemen here as well as in Florida. Rehn enjoyed watching the sunrise and sunsets from the beach and a good game of golf where he was a member of Wilderness Country Club in Naples, Florida. Rehn is survived by his wife of 53 years, Patricia Nelson; children Kirsten Nelson Toben (Rod Toben) and Chris Nelson (Shannon Nelson); and grandchildren Ainsley Nelson, Andrew Toben, Hayden Nelson and Jack Toben. A Celebration of Life will be held at Christ United Methodist Church, Plano, Texas on Saturday December 17, 2022 at 11 AM. In Lieu of flowers the family would prefer contributions to Texas Elks Endowment Inc. at 1961 FM 1586 Gonzales, Texas 78629 or online https://www.texaselkscamp.com/texas-elks-endowment-inc.html; this benefits handicapped and disadvantage children. Contributions can also be made to Christ United Methodist Church 3101 Coit Road, Plano, Texas 75075. Fond memories and expressions of sympathy may be shared at www.TedDickeyFuneral.com for the Nelson family.
See more See Less