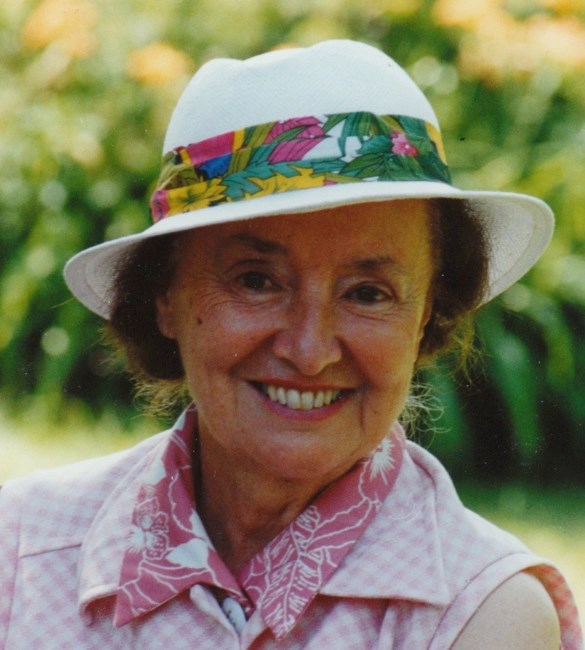 Peacefully, in her sleep, closely attended by her children. Daughter of Amanda and Edmond Thérien of Montreal’s Hochelaga quartier, Denise found her calling as a Nurse, graduating from Hôtel-Dieu shortly before marrying her true love Gerard Ennis, an engineering student from nearby Rosemount recently returned from wartime RCAF service.

In 1954 the couple and their first two sons moved from Ahuntsic to the new suburb of Beaurepaire, now part of Beaconsfield. As the family grew to six children, they built a larger home close to Lac St-Louis. Denise developed her own artistic interests, a talented painter and a collector of fine art from promising Montreal artists, a lover of jazz, musicals, chamber music and opera. After years supporting Gerry’s community leadership and entrepreneurial projects, Denise herself became administrator for their group of engineering firms. While Gerry was inspired by Denise to master French, Denise conquered English to the point of becoming a cherished discussion leader at the Thomas More Institute. Later in her career, Denise returned to her first vocation, serving as the orientation counselor helping to prepare pediatric patients ahead of their upcoming surgeries at Ste-Justine Hospital. After a decade residing in Outremont, Denise lived out her later years back in her family hometown, serving as Treasurer of Beaconsfield’s innovative seniors housing co-op, where she lived for 21 years with her youngest son Paul. Her last years were spent in group homes near Beaurepaire Village and then in comfort and care at Ste-Anne’s Hospital.

Denise was a woman ahead of her time, a role model for her children: Paul, David (Josie), Louise (Tim), Vincent (Cheryl), John (Grace), and Michael, and for her grandchildren across Canada: Anne-Marie, Kristine, Claire, Spencer, Samantha, Andrea, Sebastian, Olivia-Jeri and Amy-Grace. Her ten great-grandchildren are coming to learn what a remarkable personality she was. She brightened any occasion with her offering of “the song of the day” and her passing along simple wisdoms to cope with our ever-complicated worlds.

Denise was predeceased by her older sister Jeannine, by husband Gerry, by third son Vincent and baby Marie, as well as by her life-long friend Jacqueline. Her family is ever grateful to her professional caregivers over a very long life, especially the staff at Ste-Anne’s who treated her so well.

After a visitation for friends and family from Noon to 2:30 pm, November 18 at Collins Clarke MacGillivray White in Pointe-Claire, a funeral Mass is being held starting 3 pm at St. Edmund of Canterbury in Beaconsfield, the parish Denise attended most of her adult life. Former members of the Children’s Choir will remember Denise as the lady in the red beret who would pull her walker up close to hear the music of the angels.

In Memory Of Denise (Thérien) Ennis