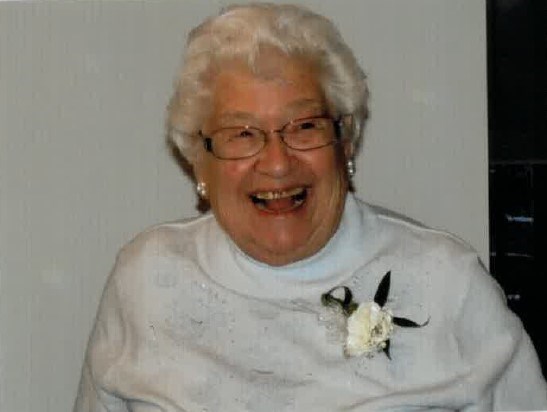 Ursula Steiner 1930 - 2022 Ursula passed away peacefully at home on Wednesday September 21, 2022 after suffering a stroke. Ursula was a native of Switzerland. She obtained her Nursing degree from L'École d'Infermières Le Bon Secours in Geneva in 1953. She came to Montreal in 1956 to start her nursing career at the Montreal Neurological Institute, working with the renowned Neurosurgeon Dr. Wilder Penfield. She continued to work in this specialized field and became Head Nurse. She retired from the Neuro in 1987 to reside on the West Island. Ursula was a fervent Quilter and was an active member of a number of Quilting groups. She was equally active in a number of Swiss Community organizations among them Edelweiss. She was predeceased by her two brothers Herman and Andreas and her younger sister Marianne. She is survived by her nieces Susanne and Christine, her great nieces, Jennifer, Stephanie, Romina and great nephew Thomas, all in Switzerland. She also leaves behind her two furry feline friends Heidi & Louie. Visitation will be on Friday September 30th, 5pm to 8pm at the Collins Clarke MacGillivray Funeral Home in Pointe-Claire. A church service will take place Saturday October 1st at 11am at St. John Fisher Church 120 Summerhill Pointe-Claire, followed by a reception in the Church Hall. In lieu of flowers a donation in her memory to St Joseph's Oratory would be appreciated.
See more See Less

In Memory Of Ursula Steiner