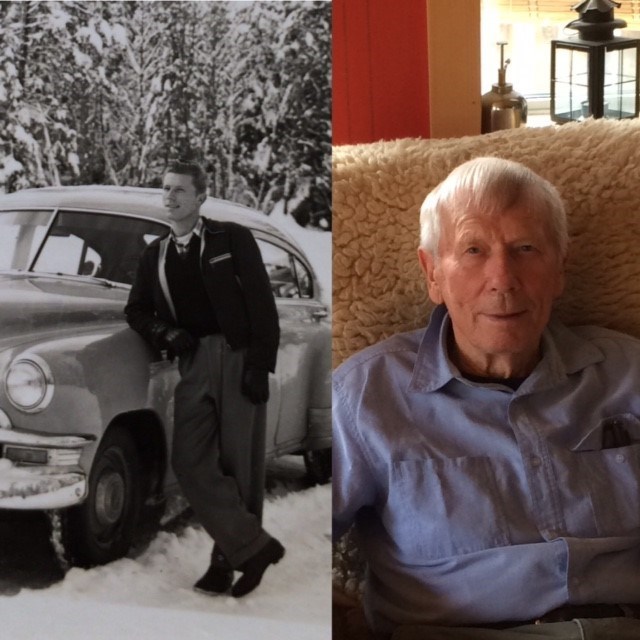 Erhard (Ed) Delau On Saturday, September 17th, our dear Husband, Dad and Grandfather died in his sleep, in the home he built. Erhard Delau was born the oldest of four siblings in Klonowo, Poland on September 24, 1928. He leaves behind his wife of 65 years, Margarete Delau, his two children, Rick (Tammy) and Katy (John), and one grandchild, Solon. Erhard, or Ed as many knew him by, grew up on a farm and learned the value of hard work early on in his life. After WW II, Ed immigrated to Canada in 1951. He found work in the logging industry and lived in Black Creek. There he became friends with a core group of other German immigrants and cemented life-long friendships. While living in Black Creek "Blondie", as he was known by, and his friends attended dances at the Merville Hall. There he met Margarete von Schilling; they married in 1957 and moved to Port Alberni. He worked for MacMillan Bloedel in the plywood mill for many years, first as a production worker and later as a Millwright. Ed was a hard worker and achieved much in his lifetime. He leaves a big hole in our lives, and we are thankful for the time we had with him. He was much loved and will forever be missed. A service will be held for Erhard on Saturday, 1 October 2022 at 2:00 p.m. at the Grace Lutheran Church, 4408 Redford St., Port Alberni, B.C.. In lieu of flowers, donations may be made to the Canadian Red Cross Society, if you wish.
See more See Less

In Memory Of Erhard Delau