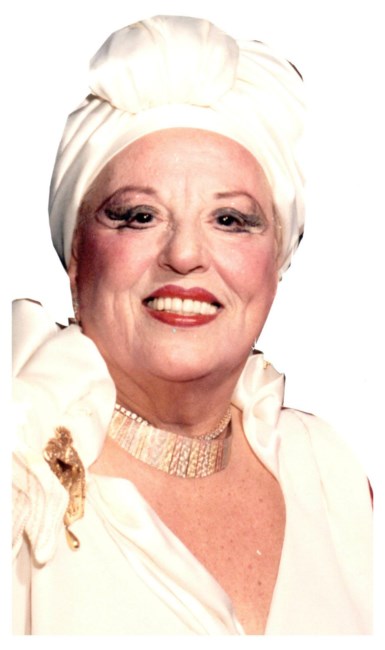 Countess Nadia de Navarro-Farber From time to time there comes before us an individual who through hard work, perseverance and dedication improves the quality of life for members of the local community as well as the world community while displaying grace, determination, lending motivation and enthusiasm to all. Countess Nadia de Navarro Farber is such an individual. Countess Nadia de Navarro-Farber was born to a noble family in Pleven, Bulgaria. The Countess was a musical comedy star and starred in several black and white movies in her native Bulgaria and Hungary before marrying her first husband, a Spanish Count who served as a Diplomat to the Vatican. After many years of living in Monte Carlo after World War 11 and the death of her husband, she came to New York in 1949 to start her new life. She was well known on Long Island, in Europe, the Caribbean and South America as a philanthropist. During lunch at the Plaza Hotel one day, friends introduced her to Sid Farber who was just starting a home development business. The two were married in 1953 and settled down on Long Island. The business operated by the Countess and her husband built more than 30,000 homes on Long Island. Many of the then designed for the moderate income families then flocking to the suburbs. The twice widowed Countess was the titular head of Sid Farber Enterprises which owns commercial and residential real estate on Long Island. A resident of Belle Terre for more than 40 years, she was twice honored by John T. Mather Memorial Hospital in Port Jefferson for her generosity to the hospital and to the community. She was the Hospital’s Community Honoree at the 35th “One Enchanted Evening Gala” because of her ongoing commitment to Mather and the surrounding community. She was an active member of the Mather Hospital Family, donating her time and energy to numerous hospital projects. The Countess, who always declined to give her age, also maintained an apartment in Central Park South and a faux Moorish-style castle she personally designed in St. Croix in the U.S. Virgin Islands, where she spent four months of every year. The Countess has also received the Theodore Roosevelt Award from Mather Hospital at the Hospital’s gala in 1990 - the year she pledged the $1 million donation in memory of her late husband, Sid Farber. Together they were long time benefactors of Mather Hospital. At the time she said there was nothing more important than giving to a hospital. “He who helps the hospital helps the community”, she said. “The two things we need to support most in order for our community to thrive are our schools and our hospitals. Without the hospitals we are a family without a home”. On December 15, 1991, the fourth major expansion of Mather Hospital was completed with the dedication of the new Contessa Nadia Farber Emergency Pavilion. The master of eight languages, she has been an active member of charitable and humanitarian organizations spanning geographical, ethnic and religious lines across the globe. The Countess was active with U.S. Immigration Service, the Hebrew Immigrants Aid Society (HIAS) and the Venezuelan Charity for Immigrants. The Countess gave her time to numerous charitable organizations including the Red Cross in Monaco, The American Hospital in Paris, The Princess Grace Hospital in Monte Carlo, the Boys Orphanage in Athens and the Children Orphanage in Venice. The Countess was also involved in the arts and aided the Suffolk County Film Commission in bringing motion picture production back to Long Island. Her many honors include special Congressional recognition in 1998 and honors at the St. Charles Hospital Friendship Ball. In 1996, together with Governor George Pataki, Countess Nadia de Navarro-Farber was awarded the very prestigious Ellis Island Medal of Honor. In 1995 the Countess received the Ward Melville Heritage Organization’s Golden Eagle Award for her commitment to Long Island’s arts, humanitarian causes and economic development. Honors from the Suffolk County District Attorney’s Office; Coalition of Italian American Organizations; the Boy Scouts of America Suffolk County Council for her leadership and dedication to Suffolk County’s youth and Distinguished Woman of 1998, an honor bestowed by Decision Women in Commerce and the Professions and was the Town of Brookhaven’s “Woman of the Year” award recipient. In addition, she has been honored with the Order of Malta, the Order of St. Sepulchre, the Order of St. Sava from King Peter of Yugoslavia, the Gold Medal from the French Academy of Arts, Sciences and Letters, and the Silver Medal from the City of Paris. All of these remarkable accolades, charities, events and awards were wonderful but nothing compared to receiving that “special” invitation to join the Countess at a celebratory party at the pink house at the end of Cliff Road in Belle Terre. The Countess is survived by her husband Yuri Farber, her daughter Evgenia Provolissianos, son-in-law Peter Provolissianos and three grandchildren. Wake – Wednesday, April 23, 2014 from 2:00 p.m. to 4:30 p.m. and 7:00 p.m. to 9:30 p.m. at O.B. Davis Funeral Home, Nesconset Highway, Port Jefferson Station, NY. Funeral service – Thursday, April 24, 2014 at 10:00 am. at O.B. Davis Funeral Home, Nesconset Highway, Port Jefferson Station, NY. In lieu of flowers donations may be made in the Countess’s name to John T. Mather Memorial Hospital.
See more See Less