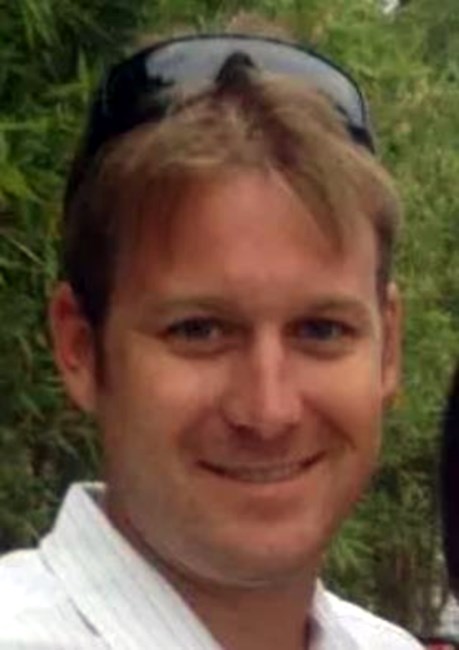 Freddy Allen V, 39, of Port Orange, passed away on April 30, 2022. Freddy was a 5th generation Frederick Bertram Allen born on August 13, 1982, to Katy Carter and Fred B. Allen lV. As a toddler, Freddy had non-stop energy with a smile and a laugh that would cheer the gloomiest of days. He was labeled by his preschool teacher as “the most well-rounded child” she had ever encountered. Freddy had an interest in all sports beginning at age 5, with T-ball. Golf became his passion at age 8 and he continued that passion joining the Volusia County Jr. Golf Association and then joining the Atlantic High School Golf team. Freddy would graduate AHS in 2000 with honors and went on to FSU, graduating with a Bachelor of Science in Business Management. After graduation Freddy was to be his dad’s business partner in the development of a local subdivision that is dad owned, but his father unexpectedly passed away before that partnership would happen, shattering Freddy’s world. Freddy would go on to start his own business, FBA Builders and broke into the Marine construction business, building sea walls and docks. He broke the mold of the run of the mill contractor by never making a customer wait, being conscientious and producing impeccable work. Freddy had his share of challenges, but his greatest accomplishment is his daughter, Harper Jade Allen. She was and will always be the light of his life. Freddy is also survived by his proud, adoring mom Katy Carter and his loving step dad, David Carter; his bold, brave and fun loving brother Brandon Allen; his devoted Grandma, Betty Jo Allen; Harper's mother, Erin Bethune; his admiring Aunts & Uncles; Bonnie Decker (Gary), Toni Messinger (Steve), Stephanie Benedictson (Bruce, dec'd) Great Aunt, Barbara Lee Erdmann (Richard); additional aunts, uncles and cousins and his loyal friends, too numerous to mention (you know who you are).
See more See Less

In Memory Of Freddy Allen V