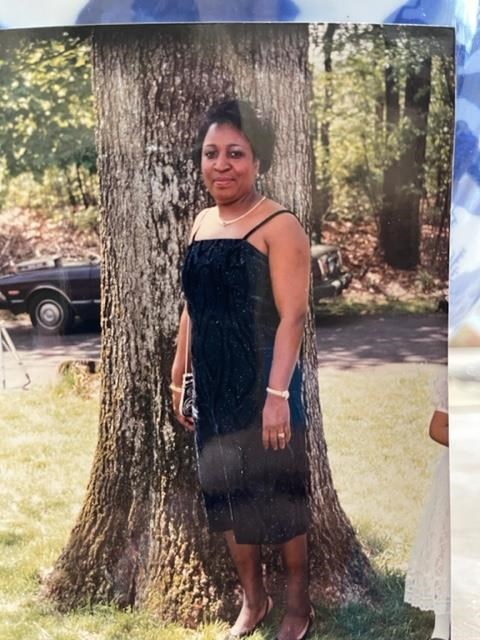 Anaida was born, on January 18, 1934, in Thomazeau, Haiti, as Rose Anaida Napaul. She was the second of eight children from the marriage of Ramil Napaul and Philomene Collot. After completing her secondary education, she went on to attend a teacher’s training program, at Our Lady of Perpetual Help Catholic School in Port-au-Prince. Upon graduation, she returned to Grand-Bois where she completed her internship as a teacher. She started her first teaching job in Des Cloches, near Croix des Bouquets. She married attorney Guillaume Sagesse Dorelien, and had two daughters, Marie Carmel and Margarette. In December 1962, with the assistance of colleague Paulette Valeur, Anaida immigrated to the United States, leaving behind her two young daughters under the guardianship of Edner and DesGraces Latortue, her best friends and colleagues, joining them with their three boys Eddy, Karl, and Evens forming a blended family. Shortly after arrival, Anaida held such positions as a “Nanny” and a Food Service worker at the Horn & Hardart chain restaurant in New York City. She attended night school to obtain a Nursing Assistant training certificate and gained employment at New York Foundling Hospital. In 1967, her two daughters joined her in Bronx, New York, and subsequently moved to Stamford, Connecticut in the summer of 1969. While working at Stamford Hospital, she obtained her GED, attended Norwalk Community College to pursue a career in nursing and was eventually accepted in the Bronx Community College Nursing Program. Upon graduation she relocated to Margate, Florida in late 1979, and worked for many years as a Registered Nurse at North Broward Hospital. Anaida later relocated to Port Saint Lucie and worked on the Treasure Coast at different medical facilities. In 1997, Anaida adopted Adeline Estime Dorelien from Haiti who joined her in 2000. Anaida, affectionally known to most as “Man Dada”, aka “Tida” was an active parishioner and choir member at Elizabeth Ann Seton Catholic Church, in Port Saint Lucie. She loved music, playing the piano, enjoyed traveling and gardening. Anaida “Man Dada”, aka “Tida” is survived by Daughters: Marie Carmel Dorelien Mauricin, Margarette Marie Dorelien, and Adeline Dorelien-Cadet (Kens Clarence). Grandchildren: Kevin H. Mauricin (Christina); Brian H. Mauricin (Katrina); Matthew-Jonathan S. Dorelien-Beals; Andrew-Gabriel A. Beals (Crystal); Christopher-David G. Beals, Noah-Phillipe J. Dorelien-Beals; Giovanni Cadet and Kayden P. Cadet. Great-grandchildren: Malakai T. Mauricin; Kelis B. Mauricin; Gabriel Isaiah Beals; Gianna Rose Beals and Brixton K. Mauricin; Siblings: Antonine Medor (deceased); Paul (deceased); Andrea Numa (St Arnaud); Bernadette Napaul; Dominique Napold (deceased) (Beliante); Martial Napol (Mireille); Yvette Napaul (deceased); Adeline Napaul; Olivier Napaul (Marie); Lucarne Napaul; Marie Senoble (deceased); Wilbert Senoble (Jocelyne); Frankel Norvil and many many nieces and nephews. Anaida “Ti Da, Man Dada” will be remembered as a loving mom, a doting grandmother, great-grandmother who adored her grandchildren, and great grandchildren. She will be missed by all.
See more See Less

In Memory Of Anaida Napaul Dorelien