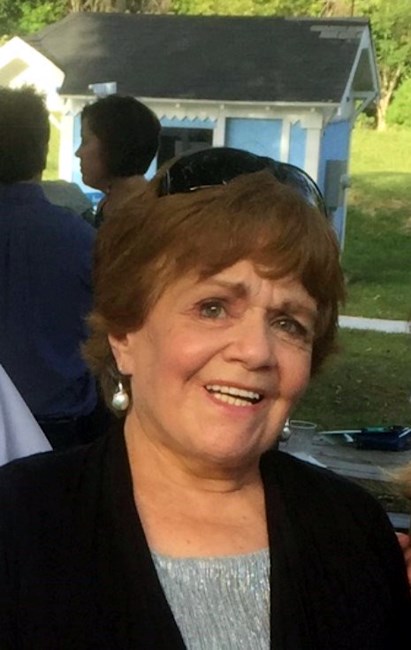 Bonnie Mary (Karpinski) Crane of Meriden, CT and Port Saint Lucie, FL, passed away peacefully with her family by her side on January 21, 2023 at the Cleveland Clinic Medical Center after a brief illness. Born December 22, 1944 in Meriden, CT to the late Frank and Mary (Abata) Karpinski. She graduated from O.H. Platt H.S. in 1963 and married the love of her life Richard S. Crane. In nearly 60 years of marriage they built a beautiful life together centered on family. Bonnie is survived by her two children: Richard F. Crane (Piper) of Atchison, KS and Amy C. Kosienski (Kevin) of Plantsville, CT and her five grandchildren: Erica, Ryan, Delaney, Carlyn, and Rory. Anyone who ever had the pleasure of meeting Bonnie quickly learned that her grandchildren were her greatest joy and source of pride. Bonnie is also survived by her two sisters, Janice Karpinski of Meriden, CT and Lois Jones of Kure Beach, NC and predeceased by her cherished nephew, Jordan Cardini. While raising her family, Bonnie went on to earn her BS degree from CCSU. After a long and successful career as the director of personnel at Lori Engineering/KABA High Security, Bonnie became one of the founding members and a director of Valley Bank. Through the years Bonnie was fortunate to have many wonderful coworkers who became more family than friends. Bonnie (known by most as Meme) was a very special and cherished person. She made new friends everywhere she went. It would be impossible to list all the people Bonnie held close to her heart, cousins who were like sisters, childhood friends of over 70 years, in-laws who were more like siblings, and all their children who she loved like grandchildren, extended family, and treasured neighbors. She was friendly, kind and caring and constantly searching for ways to help those around her. Bonnie was loved so deeply and will be missed by all who knew her. A celebration of Bonnie’s life will be held at 11:00 am Friday, February 10, 2023 at Aycock at Tradition Life Celebration Center, 12571 SW Tradition Pkwy in Port Saint Lucie. Additional services and burial will be held at a later date in Connecticut, details yet to be determined. Bonnie was beyond generous and supported many charities throughout her life. St Jude’s Children’s Hospital, American Kidney Foundation and Wounded Warriors were among her favorites. The family asks that in lieu of flowers those who wish to consider making a donation in Bonnie’s honor.
See more See Less

In Memory Of Bonnie M. Crane