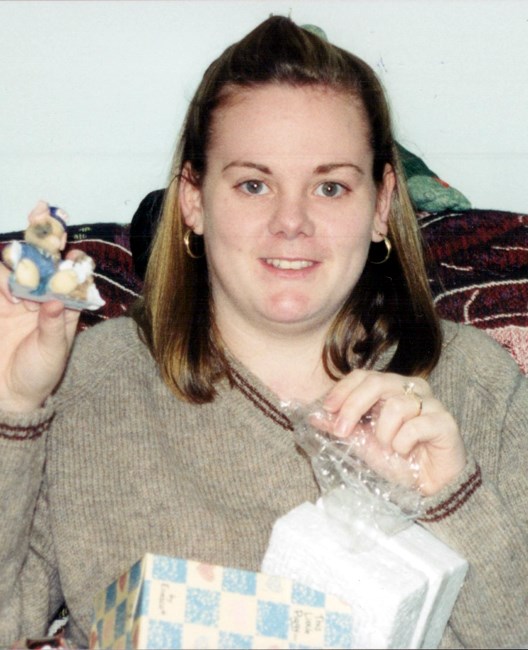 Victoria (Vickie) Ann Nash (Schon), age 46, of Port St. Lucie, Florida passed away on August 12, 2021 at Baptist Hospital in Pensacola, Florida. Vickie was born on September 30, 1974 in Brooklyn, New York. She was raised in Greenbelt, Maryland and Staten Island, New York before residing in Laurence Harbor, New Jersey. In 1992, Vickie graduated from Cedar Ridge High School in Old Bridge, New Jersey. After working throughout high school at Walt’s Country Grill in Matawan, Vickie was employed by Amboy National Bank in Old Bridge, Merrill Lynch in Plainsboro, and Freehold Community Bank in Freehold. After relocating to Port St. Lucie in 2006, Vickie worked at QVC and for the St. Lucie Public Schools. She is survived by her husband David and their sons Brady and Brice, her parents Harriet and Jacob Schon (known by all as Ma and Papa) of Port St. Lucie, and her sisters Diana Braun (Billy) and Debra Schon both of Port St. Lucie. Vickie is also survived by her godmother Chickie DelRe of Staten Island, New York and countless aunts, uncles, cousins, family, and friends. Vickie was the beloved aunt to many nieces and nephews and a devoted cat mom to Duke (deceased) and Pepper. As a child, she was obsessed with Curious George and Little House on the Prairie. She later grew fond of Ford Mustangs, preferably convertible, Pepsi, Coach bags, the New York Mets, gardening, HGTV, and the Lifetime Channel. She was an avid fan of whichever team Brady and Brice played on. A celebration of life will be held at Aycock Funeral Home (Tradition) from 5 – 8 PM on August 24, 2021. In lieu of flowers, her family requests donations be made to the Lupus Foundation of America in Vickie’s name.
See more See Less

In Memory Of Victoria A. Nash

A Celebration of Life for Victoria Ann Nash