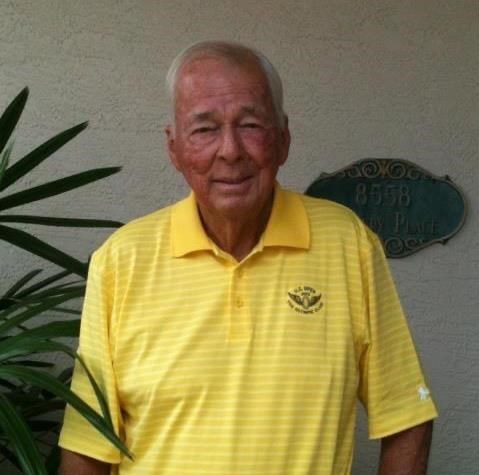 Walker P. Inman Jr., age 92, of Port St. Lucie, Florida, devoted husband and proud father, grandfather, and great grandfather, went home to be with his Lord and Savior Jesus Christ on June 23, 2022. Inman was born and raised in Augusta, Georgia and developed a love for the game of golf while growing up at Augusta Country Club. After graduating high school from Richmond Academy, he attended The Citadel where he was on the golf team for three years and graduated from the University of Georgia. Inman turned pro in 1950 and after serving in the United States Air Force from 1952-1954, became an assistant to the legendary Henry Picard at Canterbury Golf Club. He played on the PGA Tour from 1955-1960, was the first native Augustan to play in the Masters in 1956 and went on to play in 14 major championships and 13 senior major championships. Inman became the head golf professional at Scioto Country Club in Columbus, Ohio in 1962 and served in that capacity for 37 years before retiring in 1998. He was named the PGA Professional of the Year in 1975 and is a member of the Ohio Golf Hall of Fame and the PGA of America Hall of Fame. Anyone who knew Mr. Inman knew of his love for God, his family and the game of golf. He was passionate about sharing his faith with anyone he encountered and was a life-long adherent to “seeking first the kingdom of God and his righteousness” (Matthew 6:33). He made an impact on countless former associates, club members, young golfers, and friends and was known as a consummate southern gentleman. His grandchildren all knew him to be a masterful storyteller and his mission in life was for his children and grandchildren to come to personally know the Lord. Mr. Inman is remembered with love by his devoted wife of 61 years, Georgia Fisher Inman, children Lisa Inman McDulin (William), Walker P. Inman III (Mary Elizabeth), Natalie Inman Mass (Chris), and Cara Inman McCommon (Jason); grandchildren Patterson McDulin, Mallory McDulin Porter (Nicholas), Sutton McDulin, Ana Inman Naegeli (Liam), Catherine Inman, Emma Inman, Grace Inman, KC McCommon, and Jackson McCommon; and great granddaughter Georgia Gonzalez. He is also survived by his younger brothers George Inman (Nina) and Andrew Inman (Marcia) as well as several nieces and nephews. A celebration of Walker’s life will take place on Saturday July 23, 2022, 10:30 AM at Westside Church, 3361 South Jenkins Road, Ft. Pierce, Florida. In lieu of flowers, the family is requesting that donations be made to In His Grip Golf https://www.inhisgripgolf.com whose mission is to encourage and equip men to get a daily G.R.I.P. on God's word and connect to an authentic community through the game of golf and whose vision to make disciples that will have an impact for Christ in their home, at work, and on the course. Fond memories and expressions of sympathy may be shared at www.aycocktradition.com for the Inman family.
See more See Less