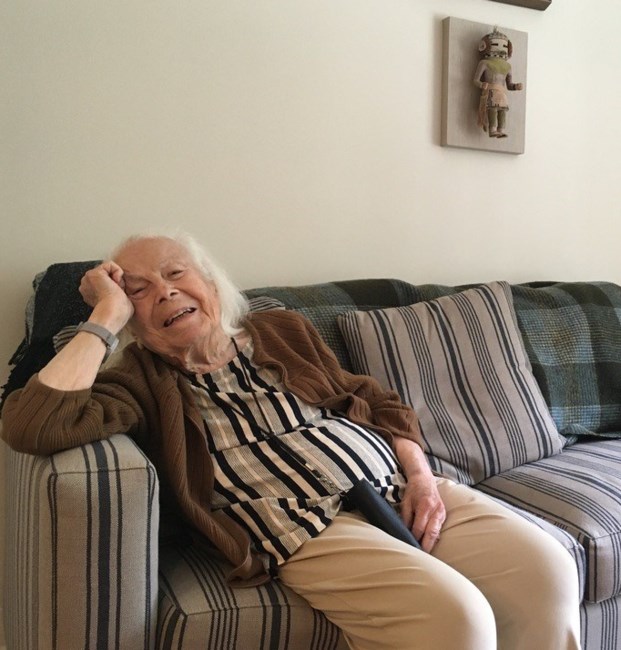 ALLEGRA FULLER SNYDER August 28, 1927 - July 11, 2021 Allegra Snyder, professor emerita and former chair of the Department of Dance at UCLA, and a founder of the Buckminster Fuller Institute, died July 11 at her apartment in Stroudwater Lodge, Westbrook, Maine, at the age of 93. The daughter of R. Buckminster Fuller and Anne Hewlett Fuller, Allegra was born in Chicago. Her primary education was at the Dalton School in New York City, a learning experience that she cherished. On graduation day from Bennington College in 1951, Allegra married Robert Snyder, who had recently won the Academy Award for Best Feature Documentary in 1950 for his film on Michelangelo. Allegra attended the School of American Ballet and studied with Martha Graham during her years at Bennington. After the birth of her two children, Alexandra Fuller Snyder and Jaime Lawrence Snyder, Allegra and Bob drove west to Los Angeles. With her children in school, Allegra enrolled at UCLA, earning a Master’s in Dance in 1967 and then joined the faculty there. She retired from UCLA in 1991. During her long career at UCLA, Allegra developed many curriculum innovations concerning dance, ethnography, culture, and art. In addition to serving as chair of the Dept. of Dance at UCLA, Allegra directed the World Arts and Cultures interdisciplinary program which became the Dept. of World Arts and Cultures/Dance in 1995. She researched and lectured widely around the world including a year in England on a Fulbright Grant and a year in Kerala, India, on a sabbatical. She was long-active with the Congress on Research in Dance (CORD) and the National Endowment of Arts, dance division. Snyder was a visiting professor of performance studies at New York University from 1982-83 and was honorary visiting professor at the University of Surrey, Guildford, England from 1983-84. She also taught at CalArts and at Naropa Institute. Following the death of her father, Buckminster Fuller, in 1983, Allegra took a significant role in determining a path to preserve her father’s work and to find ways to promote its relevance going forward. She was a passionate and articulate educator on the principles of her father’s work and encouraged many to think independently and follow their unique experience in life. Allegra enjoyed and took a keen interest in the growth of her two grandchildren, Olivia Allegra May and Rowan Keith May, and of her two step grandchildren, Mira Kennedy and Elizabeth Demaray. Allegra’s husband, Robert Snyder, died in 2004. After 55 years in Southern California, Allegra packed up her bags and moved back home to NYC. She spent eight years living in Murray Hill fully engaged in New York dance and culture, as well as reconnecting with life-long friends and family. Throughout her life she spent many summers in Penobscot Bay, Maine, on Bear Island, which will be her final resting place.
See more See Less

In Memory Of Allegra Fuller Snyder