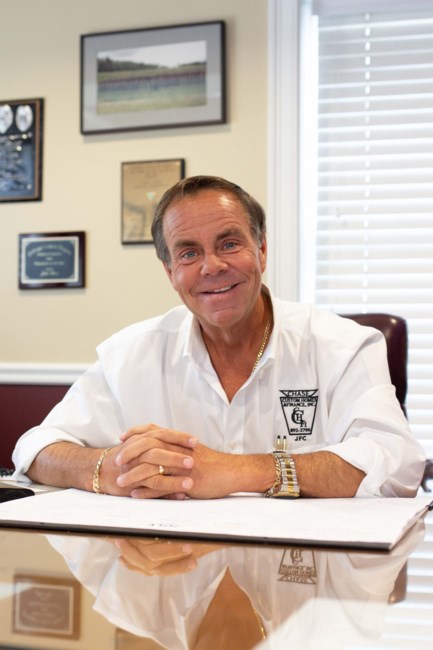 John F. Chase, age 58 of Naples, a prominent Real Estate Developer, and a former decorated Westbrook Police Department Detective passed away unexpectedly at his home on Friday evening September 16, 2022. John was born in Portland July 22, 1964 the son of Gerald L. and Rose Marie Winch Chase. John resided in Portland where he attended local schools and later moved to Westbrook where he graduated from Westbrook High School class of 1982. He was a graduate from University of Southern Maine and SMCC with a degree in Business and Law Enforcement. He also graduated from the Babson School of Business in Accounting. John began his career with the Westbrook Police Department, and was promoted 11 months later to detective. He was a dedicated and decorated detective with the department where he received many awards. Growing up in Portland, John watched his grandfather who was a local painter and carpenter. His grandfather would tell him “Johnny, if you going to do something, you better do it right.” Those words stuck with him, and John knew he wanted to get into a line of work where he could do just that. John launched a new career in 1986 where he would make an impressive move into real estate and residential construction opening Chase Custom Homes & Finance, Inc. He also owned Auto Shine Carwash in Windham, Topsham, and Winthrop. Also Owner, CEO and Broker at Alliance Realty. John loved spending time with his family and grandchildren at the lake in the summers, and in Marco Island, Florida in the winter. One of his greatest joys were his dogs Mercedes and Benz. He loved watching the New England Patriots, Tampa Bay Buccaneers and the Boston Red Sox. He was a loving, devoted, and hardworking husband, father and grandfather who will be dearly missed by all. He is predeceased by his parents and sister Barbara Constantine. John is survived by his beloved wife Terina Chase of Naples, Son, Joshua, his wife Ciarra Chase, and their son Dominic of Naples, Stepdaughter, Jessica, her husband Nick Moulton, and their son Jax of Raymond, daughters; Jenna Chase of Windham, Libby Chase of Standish, sons; Jordan Chase and Tanner Chase both of Standish, his sisters; Rita and her husband Steve Cunningham of Liverpool, NY, Loretta and her husband John Maxwell of Standish, Pamela and her husband Bob Viles of Westbrook, Brother, Bruce and his wife Janet Chase of Portland. Also survived many nieces and nephews. The family would like personally thank the Naples Fire & Rescue and the Cumberland County Sheriff Department for their care, compassion, and assistance. Relatives and friends are invited to attend a time of visitation from 4-7PM Thursday September 22, 2022 at Jones, Rich & Barnes Funeral Home 199 Woodford St. Portland. All are invited to attend a Mass of Christian Burial at 11AM Friday September 23, 2022 at Our Lady of Hope St. Joseph’s Catholic Church, Stevens Ave. Portland. Police honors will be conducted by Westbrook Police Department. Entombment in the Chase Mausoleum will follow with police honors at Evergreen Cemetery, Portland. For further information and to send a tribute in John’s memory please visit www.jonesrichandbarnes.com. In lieu of flowers, contributions may be made in John’s memory to the Barbara Bush Children’s Hospital https://fundraising.mmc.org/bbch-donate-now
See more See Less

In Memory Of John F Chase