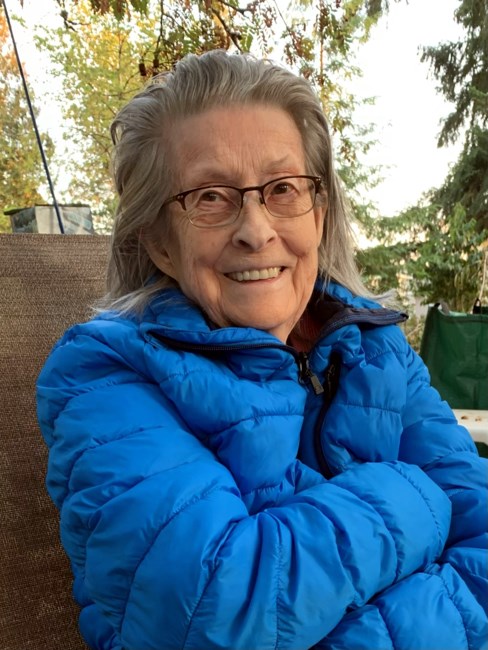 Aletha "Lee" Conrad, age 90, of Milwaukie, Oregon, passed away on Monday, January 16, 2023. Lee was born March 22, 1932, in Corvallis, Oregon, to George and Dora Dehning. The family later moved to Portland, where she graduated from Roosevelt High School in 1950. Soon after, she received a certificate from The Dental Nurses Training School in San Francisco, California, where she had completed her courses with high marks. On March 19, 1955, she married Wesley “Wes” Conrad, moving to Milwaukie, and later had two children, Erik and Linda. In 1980, she went to work for North Clackamas School District #12, at Riverside Elementary School, as an instructional assistant. There she made friends and connected with many students, earning the nickname “Grandma”. Lee retired in 1998, and continued to live in Milwaukie even after Wes’ death in 2006. Her favorite pastimes were watching “The Young and the Restless” and “Days of Our Lives”, working in the yard, putting together jigsaw puzzles, and working on word search puzzles. Lee was diagnosed with Parkinson’s Disease and vascular dementia in 2015, and lived as well as she was able through the end of 2022. Lee was privately laid to rest at Lincoln Memorial Park Cemetery with her husband Wesley. A Celebration of Life will take place on Saturday, March 18 at Lincoln Memorial Funeral Home, with a brief program to begin promptly at 12 Noon, followed by refreshments and a time to share memories until 2:00 pm. In lieu of flowers, please consider donating to the Michael J. Fox Foundation for Parkinson's Research: http://michaeljfox.org
See more See Less

In Memory Of Aletha "Lee" Conrad

A brief program will begin promptly at 12:00 Noon, which will be followed by refreshments and a time to share memories until 2:00 pm.