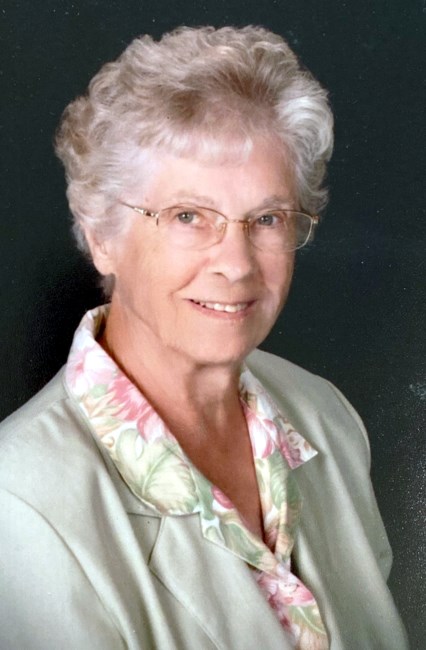 Caroline Marion Dimock of Gresham, Oregon lived to be 97 years old, until she died peacefully in her sleep, in her own apartment at The Village Retirement Center on May 8, 2022. This was her wish since being admitted through Mt. Hood’s hospice program this past November. Caroline was born on November 12, 1924 to Edward P. Kohl and Ellen H. (Weitzel) Kohl of Reading, Pennsylvania. She attended high school in Mohnton, Pennsylvania, where she enjoyed sports more than academic studies. Her height gave her the advantage in basketball and volleyball, but she also loved to play softball. She met Richard (Dick) Andrew Lutz of Shillington, Pennsylvania and they were married on September 12, 1942. Besides being a mom and homemaker, her out-of-the-house jobs included nurse’s aide, textile mill laborer, and housekeeping department for Reading Rehabilitation Hospital and Portland Adventist Hospital. She had three children born to her – son Barry, daughter Patricia (Pat), and son Alan. In 1979 the family moved to Portland, Oregon. After retiring, she and Dick continued to serve others through volunteering at Portland Adventist Medical Center and at Portland Adventist Community Services until the unexpected death of her beloved husband in 1992. Caroline met and was married to Norman Dimock for 18 years, until his passing. They continued to attend Mt. Tabor church, where Caroline had been a member since moving to Portland. She enjoyed the company of friends, playing Skip-bo, gardening, walking, and traveling while she was physically able, and attending most of the outings The Village had to offer, telling her family about all her adventures. Caroline is survived by her sons Barry Lutz and wife Kathy of Vancouver, Washington, and Alan Lutz and wife Cheri Lutz of Gentry, Arkansas. She is also survived by a number of grandchildren: Barry, Jr. and Tammy Lutz of Cougar, Washington, Dale and Rebecca Lutz of Otter Rock, Oregon, Jim Lutz, Tim and Margaret Lutz of Vancouver, Washington, Holly and Brad Royer of Franklin, Tennessee, Justin and Shannon Kiesz of Happy Valley, Oregon, Lorraine and Russell Burgess, and Chris and Jennifer Christianson; and great-grandchildren: Joey, Tabitha and Amy; Savannah and Zachery; Nadia and Austin; Hannah, Daniel, and Matthew; Ethan, Olivia, and Caroline; Aliyah; Kristofer, Daniel, and Kendra; and two great-great grandchildren: twins Kennedy and Aden. Mrs. Dimock's life will be celebrated at a funeral service on Monday, May 16, 2022 at 1:00 pm at Lincoln Memorial Funeral Home, 11801 SE Mt. Scott Blvd in Portland.
See more See Less

In Memory Of Caroline Marion Dimock