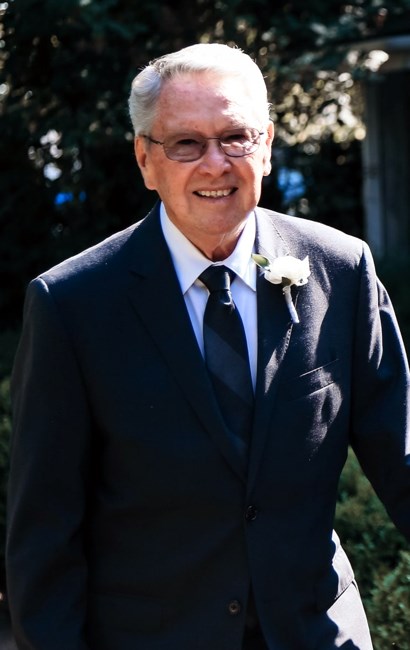 Donald Eugene Higgins was born on February 12, 1937 in Cleburne, Texas. He is survived by his loving wife Shirley; children Donna, Debbie, JoAnn, Dan, Johnnie, Steve, Jodi and Kristel; as well as his sisters Carol and Nancy. Don also leaves behind 24 grandchildren and 16 great-grandchildren. In his younger years, Don worked as a logger in Southern Oregon. He then began his life-long career of over 50 years in insurance sales. His strong work ethic and ability to build genuine relationships with people allowed him to have a very successful career. Don loved fishing, hunting, boating, country music, and playing the piano. In his later years, he was an avid golfer. Don treasured his wife of over 43 years as well as his children and grandchildren. He will be missed by the many friends he has made throughout the years. Don went to be with the Lord on Saturday, November 3rd, 2018 at 2:18am at the age of 81. Although he was taken much too soon, his family takes comfort in knowing he is with the Lord.
See more See Less

In Memory Of Donald Eugene Higgins