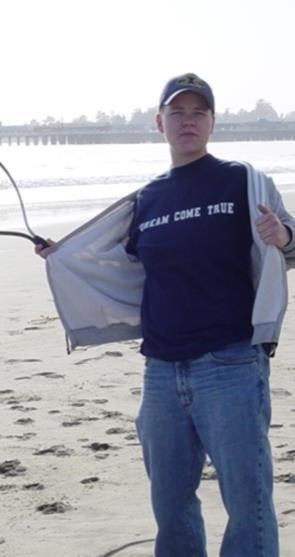 Over the course of her life Honey lived throughout the United States, including New York, Tennessee, California, and Washington, before settling down in Portland, Oregon, in 2007. She graduated from The Evergreen State College, in Olympia, Washington, in 1999, where she and Bel Darling met and fell in love. They married after 16 years together in 2017. Honey was athletic - she played basketball in college, played for the womens' professional football team in San Francisco, and loved biking and softball. She was also talented musically - she played the piano and ukulele and had a beautiful singing voice. Honey was a computer scientist and mentor to many. She was an admired and sought-after leader for women in tech, giving speeches, presentations, and leading seminars throughout the world. She was a compassionate leader and friend. Most importantly, Honey was a loving, adoring, attentive mom to her two amazing daughters, Ora and Rowan Darling - they were the lights of her life. Honey was preceded in death by her beloved grandma, Nina Jones, and cherished adoptive father, Marshall Brenner. Honey is survived by her loving wife, Bel Darling, her beautiful children, Ora and Rowan Darling, along with many loved ones and friends who were fortunate enough to have known her.
See more See Less

In Memory Of Honey Darling

Zeller Chapel Of The Roses FH

Zeller Chapel Of The Roses FH