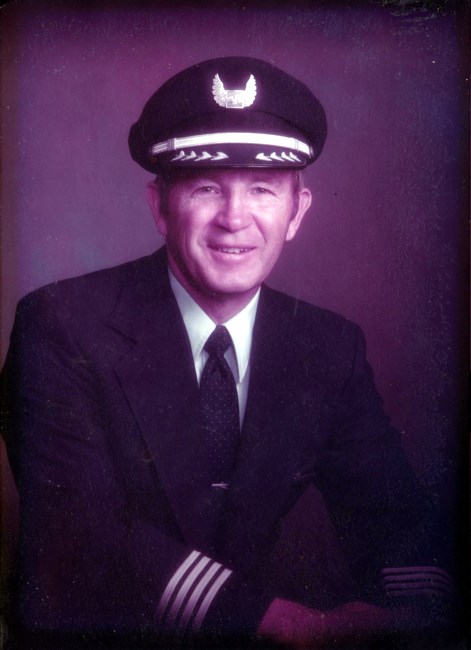 Lonnie Kuatt, longtime resident of Parkdale, Oregon, passed away on Saturday, January 8, 2022 at the age of 90 and went to his heavenly home. Lonnie was born December 25, 1931 to Carl and Henrietta Kuatt in Tacoma, Washington. Lonnie’s sister, Betty Kuatt (Noga), was born several years later. Lonnie had three half brothers, George and Les Harris, both from a previous marriage between Henrietta and George Harris, Sr. Lonnie spent his elementary years in the Puyallup-McMillin area of Washington until the family moved to Prosser, Washington. While in the Prosser area Henrietta passed away and in 1948 Carl married Bobbie Hinman from Oklahoma. Later when Lonnie was in high school he was active on the boxing team and had a reputation of never losing a fight because of his fierce left hook. In high school he was also on the football team and earned the nickname “Deadeye”. While in high school he joined the National Guard Battery B in 1950 at the rise of the Korean War and his entire unit was deployed to Fort Bliss army base in El Paso, Texas. Within a year he was discharged at Fort Lewis, Washington and returned to Prosser to finish high school. He then got a job as a mechanic at Sandvig Motors in Prosser. Lonnie met Carol in the 6th grade. They began courting in high school and married in 1952. Later they boasted the birth of their daughter, Marcia, and then in 1955 added their son, Lonnie Richard (Rick) to their family. By this time, Lonnie was working for the Benton Rural Electric Association as a ground-man, but it was not long before he was promoted to a journeyman lineman position. Though Lonnie had a job and a family he still dreamed of learning to fly large jets. He had been learning to fly small planes since the age of 16. He would go to the airport in the evenings and by 1954 he had obtained his private pilot’s license. It was not long before he was teaching others how to fly. Lonnie ended up moving his young family to Tulsa, Oklahoma so that he could attend Spartan’s School of Aeronautics where he learned mechanical engineering and how to fly commercial jets. These were extremely lean years for the family but after graduating Lonnie moved his family from Tulsa back to Seattle, Washington where his schooling paid off and he got his first job as a commercial airline engineer with Alaskan Airlines. Unfortunately shortly after his move to Seattle Alaskan Airlines laid off multiple employees and Lonnie resigned from his position. On March 15, 1962 Lonnie was hired by Western Airlines and moved his family to Denver, Colorado where he started as flight engineer and then shortly was promoted to Co-Pilot on the DC-6 and Lockheed Electra. He became Captain while flying the Electra and moved on to fly the Boeing 737 and 727-200. He went on the spend 23-years with Western Airlines which was later purchased by Delta Airlines. He then retired as Captain from Delta Airlines. While in Colorado the family moved many times around the suburbs of Denver, living in Thornton, Conifer and finally Broomfield. While living in Conifer, Colorado they added another son to the family, Alan. Then in 1972 they purchased a new home in the Meridian Country Club area of Seattle, Washington. From there doors opened up for them to purchase the Richard Higgins pear orchard in Parkdale, Oregon, also known as the old Lassen place. Then in 1980 Lonnie purchased another 33 acres adjacent to his existing orchard. Aside from being an extremely hard worker Lonnie enjoyed playing golf, traveling and spending time with family and friends. He also enjoyed helping cook and doing prep work for meals at their local church, helping feed the community. Lonnie is preceded in death by his father, Carl Kuatt, his mother, Henrietta Kuatt, his stepmother, Bobbie Kuatt, his sister, Betty Kuatt (Noga) and half-brothers, George Harris, Wilmer "Ernest" Harris and Les "Tykee" Harris Sr. Lonnie is survived by his wife of 69 years, Carol, daughter, Marcia Kuatt, two sons, Lonnie Richard (Rick) Kuatt and Alan Kuatt; grandchildren Holly, Mandy, Jonathan, Adam and Matt; and great-grandchildren Kane, Zachariah, Alexis, and Caleb. Private services and graveside services will be held for the immediate family in Portland, Oregon. A memorial celebration will be held for Lonnie at a later date to be announced. His family wish to thank family and many close and valued friends for their many prayers and for the love shown to them over the years.
See more See Less

In Memory Of Lonnie Leonard Kuatt