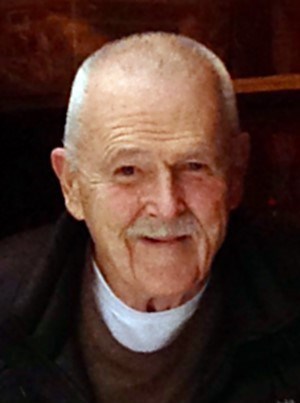 William “Bill” E. Morton, MD, DrPH, an epidemiologist who studied links between chronic diseases and environmental exposures, died peacefully on March 7, 2018, at age 88 in Portland, Oregon. Dr. Morton worked at Oregon Health & Science University (OHSU) for nearly 50 years beginning in 1967 as an associate professor in the OHSU School of Medicine’s Department of Public Health. Bill led the Department’s Environmental Medicine Division, taught occupational medicine, and ran an occupational medicine clinic for puzzling illnesses. He was a passionate advocate for patients with illnesses associated with handling toxic chemicals and electro-magnetic (EM) radiation. In disability determinations and liability lawsuits, Bill would testify in support of the patient and often in conflict with other OHSU physicians. His research addressed cancer epidemiology and variation in mortality rates associated with race and ethnicity. Bill embraced controversial topics, such as links between electro-magnetic radiation and cancer incidence, and asthma associated with the manufacturing of athletic shoes. When the Oregon masters of public health (MPH) program started, Bill took the lead teaching epidemiology and biostatistics and served on most of the MPH thesis committees. He was an avid reader with a substantial collection of personal books on epidemiology, biostatistics, public health, toxic chemicals, cardiology, HIV and sexually transmitted infections, tobacco-related cancers, and alcohol and drug-related disorders. His library included Oregon census records dating to the 1920s, almost every report the U.S. Centers for Disease Control and Prevention ever released, a large selection of reports from the Institute of Medicine, and a complete set of the Annual Review of Public Health. Students and faculty borrowed freely from Bill’s personal library. In 1997, Dr. Morton retired and was named professor emeritus of public health and preventive medicine. He did not, however, stop coming to his office. For the next 18 years, he came daily and worked quietly on analyses and manuscripts, as well as teaching graduate courses in environmental & occupational health, alcohol and drug addiction, and epidemiology. A familiar face in the hallway and at the copy machine, he would flash twinkling eyes, wave and say, “Howdy-do.” On August 27, 2015, Bill and his son visited the department to gather some final mementos and books. They privately opened a bottle of champagne, toasted his long career, left the champagne, and closed his office door for the last time. Upon discovery of the bottle and realizing its significance, faculty and staff gathered to toast Bill with the remainder of the champagne and a fond “Howdy-do”. Bill donated his book collection to the department, and many students and faculty browsed the shelves and added important classic and contemporary books to their collections. He published more than 80 papers in peer-reviewed journals. His professional writing includes a call for greater access to population health data so researchers can identify and correct potentially harmful environmental hazards. He also urged stronger professional ethical standards and protections for occupational physicians, whose companies may prohibit them from sharing information about employee health hazards to the rest of the medical community. During the course of his career, Dr. Morton was elected to fellow status in the American College of Preventive Medicine (1968), the American Heart Association’s Council on Epidemiology (1968), the American College of Epidemiology (1981), and the American College of Occupational & Environmental Medicine. He received a presidential appointment to serve as the Medical Advisor to the Oregon Selective Service System (1970-1976). His academic service included grant reviews for the U.S. Environmental Protection Agency (1979–1983), editorial board for the American Journal of Industrial Medicine (1979–1992), editorial board for the Journal of Agromedicine (1992–1997), consultations with the Bonneville Power Administration (High Voltage Health Effects Study, 1980–1982), the New Jersey Department of Health (Study of Radiowaves & Chromosome Abnormalities, 1986–1988), and the Oregon Department of Energy (Low Frequency EM Health Effects Study, 1988–1989). Dr. Morton was born in Boston, Mass., in 1929. As a child, his family moved to Washington. He was diagnosed with tuberculosis as a boy, and was quarantined for a year in a public sanatorium. That experience created his interest in medicine and public health. He attended University of Puget Sound in Tacoma on a football scholarship, but soon quit the team to concentrate on his studies. Three years later, he entered medical school at University of Washington in Seattle. In 1956, Bill completed an internship at Doctors Hospital in Seattle and received his Washington state license to practice medicine and surgery. A placement with the U.S. Public Health Service Heart Disease Control Program led to a relocation to Colorado and a two-year assignment with the Colorado Department of Health. He returned to the west coast to complete a residency in internal medicine at Community Hospital of San Mateo County California. Subsequently, Bill trained in epidemiology at the University of Michigan School of Public Health and earned both MPH (1960) and doctor of public health (DrPH) (1962) degrees. Then he returned to the Colorado Department of Health and served as an assistant clinical professor of preventive medicine at the Colorado University Medical School until 1967. During his work in Colorado, he received Board certification in Preventive Medicine. Dr. Morton is survived by Jean, his wife of 61 years; his children Carol Morton (Jeff Cruzan), Eugene, Oregon, Kristen, Dana Point, Calif., and Tom (Kate), Puyallup, Wash.; and grandchildren Nathan and Kelsey Manuel, and Jacob and Peter Morton. In keeping with his wishes, a private memorial will be held in Sunriver, Oregon. The family asks that remembrances be made either to OHSU School of Public Health Student Scholarship (OHSU mail code GH230), 3181 SW Sam Jackson Park Road, Portland OR 97239, or to University of Washington School of Medicine, Class of 1955, 50@50 Student Scholarship fund, Box 358045, Seattle, Washington 98195.
See more See Less