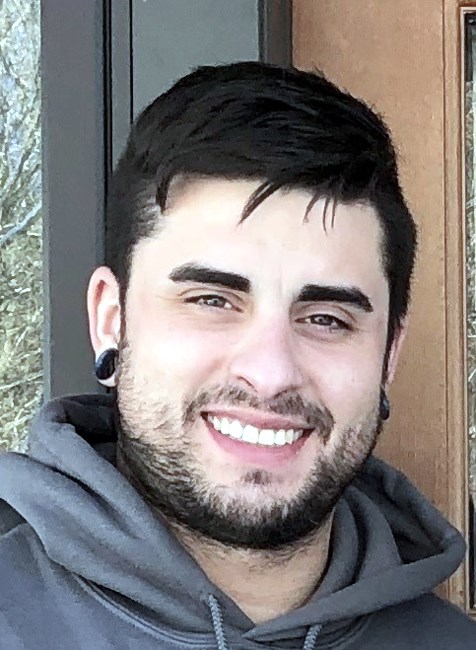 It is with great sadness that the family of Shane Adam Bisnett announces his passing on January 1, 2019. Funeral Services for Shane, age 31 of Rochester and formerly of Potsdam will be held on Thursday (Jan 10, 2019) at 11:00am at the First Presbyterian Church, 42 Elm Street, Potsdam, NY with Rev. Lee Sweeney officiating. A celebration of his life will be held immediately after his service at Sergis Restaurant 10 Market Street. Burial will be at the Bayside Cemetery in Potsdam at a later date. Calling hours will be held on Wednesday (Jan 9, 2019) from 12:00-2:00 & 4:00-6:00pm at the Garner Funeral home, 10 Lawrence Avenue. Mr. Bisnett passed away unexpectedly at his home on Jan 1, 2019. Surviving are his parents Chester “Skip” & Eve (Theisen) Bisnett of Potsdam; his wife Lauren Bisnett and daughter Londyn Bisnett of Rochester, his son Parker Bisnett & his mother Amber Burdick of Piffard NY; step-son Jordan Zindell of Rochester; a sister Kayla Bisnett of Potsdam; In-laws Sharon & Mark Zindell of Catskill NY; grandparents Mary Theisen of Potsdam and Veronica Bisnett of Potsdam; a niece Lillian Bisnett along with many aunts, uncles and cousins. A grandfather Gordon Theisen predeceased him. Shane was born on July 24, 1987 in Watertown NY. He attended Potsdam High School and played hockey until graduating in 2005. Shane was a gifted musician possessing almost perfect pitch. He composed music and played many instruments including the drums, guitar(s) and piano. He later moved to Rochester and joined the band “Ice Nine Kills”, playing base guitar, composing and singing vocals for the band. He toured the country with the band performing in 46 of the 48 contiguous states. On July 29, 2014 he married Lauren Zindell. During his career worked as a landscaper, electrician and carpenter; most recently for the Thompson Builds Construction Company in Rochester. Shane is lovingly remembered by wife, children, family, friends and co-workers for his caring for others, infectious enthusiasm and smile. He was a devoted, loving husband and a proud involved dad. His heart was full of love and joy, his arms full of hugs and he will be deeply missed by all those whose lives he touched. In lieu of flowers, memorial contributions can be made to the Open Door Mission c/o Addiction Recovery Programs. Contributions can be completed on line or a check can be mailed to PO Box 14236, Rochester NY 14614, in the memo section of either choice add “Addiction Center in memory of Shane Bisnett”. Condolences and fond memories can be shared at www.garnerfh.com.
See more See Less

In Memory Of Shane A. Bisnett