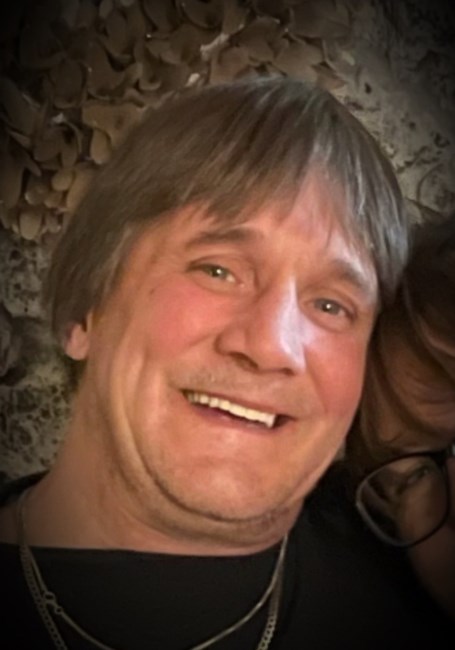 It is with broken hearts that we announce Richard Bruce (Rick) Belcher passed away suddenly in a motorcycle accident on July 27, 2022. Rick was born on April 2, 1965, to Leonard and Joy (Hardy) Belcher in Prince George, BC. He grew up and attended school in Prince George. Rick was a jack-of-all-trades and spent most of his adult life working as a millwright. But mostly Rick was an artist. His heart guided his hands- whether it be with a pencil, a carving knife, a saw, a welder or with a camera. Everything Rick created was a masterpiece and those that knew him were blessed to experience these treasures. Rick was an outdoorsman, a gardener, a nature-lover, and he had a goal of becoming one with the earth through positive energy and meditating. He communicated with animals, plants and every other living entity we were gifted. When Rick was 13, his parents gave him a motorbike. And since that first ride, motorcycles became his passion. There weren’t many years in his life that Rick did not have a motorcycle and he counted the days to springtime when it was warm enough to be on his bike. He found his freedom roaring on the pavement, it was oxygen to his soul. Rick’s soul left the earth fulfilling his passion. Rick was kind and caring and took the time to make everyone who crossed his path feel like they were the most special person in the world. He stopped on the street and talked to people from all walks of life. He inspired them through his compassion, his spirituality, his unbiased views and his charity. Rick loved everyone and everyone walked away with a smile. Rick is survived by his parents and best friends, Leonard and Joy Belcher; his partner and soulmate, Nicole Belcher; the children he took on as his own, Jesse, Tate and Kaylee; his sister Tracey (Orrin) Stevenson; niece Rhyanne Stevenson (Jeremy Delorme) and soon-to-be baby; step-niece Nikki Stevenson (Todd Hoffman) and children Abigail, Andi and Arthur; step-nephew Scott Stevenson; uncle Garry (Billie) Belcher; grandfather Mel park; aunt Donna Rusk; uncles Terry Hardy and Ronnie (Marilyn) Hardy and many cousins and extended family. A Celebration of Life will be announced at a later date.
See more See Less

In Memory Of Richard Bruce Belcher