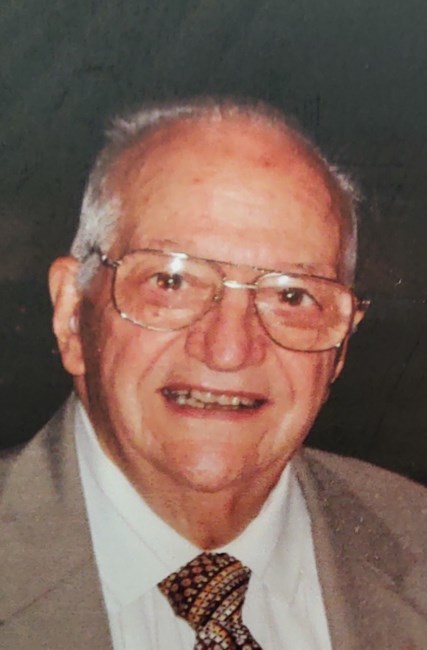 Angelo “Bob” Robert Carnevale, 94, of Smithfield passed away at home on Sunday, August 7 surrounded by his loving family. He was the beloved husband of Anna (Maccarone) Carnevale for seventy-two years. Born in Providence, the son of Francesco and Antonetta Carnevale and the brother of the late Henry E. Carnevale and his wife Sheila. He served our country in the United States Army and was stationed in Koshien, Japan, as a member #192 Ordnance Battalion. After college, he was hired by American Mutual Insurance where he quickly became Office Manager. In the early sixties, he and his friend Bob Coyne opened an insurance office on Smith Hill and became successful independent insurance agents. He loved boating and fishing in Narragansett Bay as a member of the Olneyville Anglers Fishing Club and as a hunter, he was a member of the Big Bucks in Maine Club and he was a recreational golfer. He was an original charter member of Dillon Council Knights of Columbus and enjoyed being an active Knight. As an honorable veteran, he was a member of VFW1011 when it formed in Providence. As an active committee member of St. Augustine Boy Scout Troop 76 for many years, he served as Treasurer and Committee Chairman. He had a scouting family with five of his grandsons becoming Eagle Scouts. He was recognized for his service to youth in Scouting by being awarded the St. George medal by the Diocese of Providence. He is survived by his wife, Anna, of seventy-two years. His son, the late Dr. Robert Carnevale and his wife Joanne and their four children, Dr. Caroline (Kerri) Carnevale and her husband Tim Miner, and their daughters, Charlotte, Olivia and twins Sophia and Luciana; Jessica Troughton and her husband Michael, and their sons Peter, Hugo and Conrad; Robert (Bobby) and his wife Kathryn and their daughter Sunny; and Dr. Joseph (Joey) and his wife Dr. Amita Kulkarni. Frank Carnevale and his wife Karen and their daughter Dr. Sara Carnevale Fearon and husband Matthew Fearon and their two children Michael and Madelyn; David and Julie and their two children, Samuel and Hannah. Maryellen Boudria and her late husband Thomas Boudria and their son Matthew. And his son Thomas P. Carnevale and his wife Marion and their daughter Anna Christine and son Thomas M. Carnevale and wife Kathryn. Visitation will be held Wednesday, August 10th from 4-7 p.m. in the Russell J. Boyle & Son Funeral Home, 331 Smith Street, Providence. Relatives and friends are invited to attend a Mass of Christian Burial on Thursday at 12:30 p.m. in St. Augustine Church, 639 Mount Pleasant Avenue, Providence. Burial with military honors will follow in St. Ann Cemetery, Cranston. In lieu of flowers, donations may be made to St. Augustine Church, 20 Old Road, Providence, Rhode Island 02908.
See more See Less