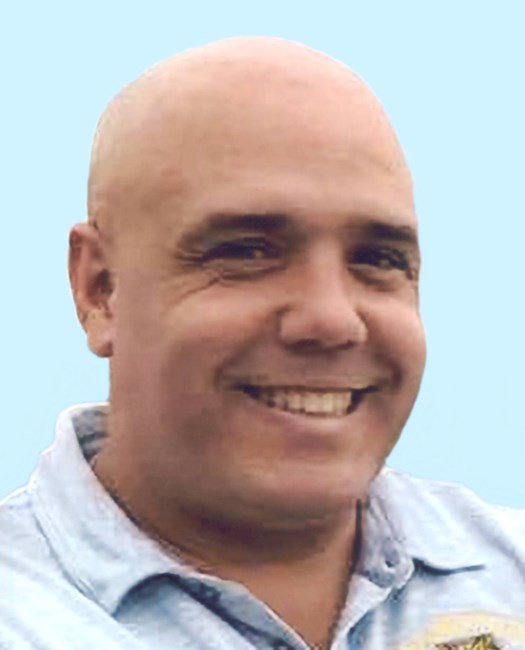 Dennis Michael Lavallee, 48, of Lincoln, passed away unexpectedly on December 27, 2018. Born in Providence, he was a son of Elizabeth (Reis) Lavallee and the late Hervey “Hank” Lavallee Jr.; husband of Claudia (Arraial) Lavallee; devoted father of Taylor Paiva, Hank Michael Lavallee and Reese Marie Lavallee; brother of Hervey E. Lavallee III,Tammy M. Beaudreault and husband James, and the late Denise Ann Lavallee. Dennis had been a business agent for the Teamsters Local 251. Relatives and friends are invited to attend a Mass of Christian Burial on Wednesday, January 2nd at 11a.m. in Our Lady of the Rosary Church, 21 Traverse Street, Providence, with burial to follow in Gate of Heaven Cemetery, East Providence. In lieu of flowers, donations may be made to the Ronald McDonald House at www.rmhprovidence.org. Dennis spent his childhood in a North Providence home full of laughter, love and noise. He was the fourth child of Hervey "Hank", a Roadway truck driver, and Betty, a teacher’s aide and loving homemaker. A good student, Dennis excelled in all sports including basketball, baseball and especially football where he played both sides of the ball throughout an exceptional high school career. His father and a dear neighbor, Pauly, coached him through several winning pop-warner seasons. Dennis was a fiercely loyal and quick witted friend who loved to tease and make people laugh. There was always a steady stream of Dennis’ pals coming and going from the Lavallee residence. A master of all trivia, especially sports, there was no player or stat that Dennis didn’t know; he even won an elaborate tool set on a sports radio trivia contest. He could bang out answers to Jeopardy like he had been given cheat notes. Dennis’ life was changed forever after meeting Claudia and her little daughter Taylor, two perfect additions to the Lavallee family. Soon married, they first lived in North Providence, eventually settling down for good in a beautiful Lincoln colonial. Shortly after marriage, their son Hank arrived, named for Dennis’ father and best friend. Three years later, little Reese followed, taking her paternal grandmother’s maiden name. Dennis and Claudia were truly blessed with three exceptionally bright and charming children. Dennis was determined to provide a good life for his family. Working full time for the Teamsters, he somehow also found time to co-own and manage a tanning salon with his best man, Dave. Dennis never rested with endless home improvement projects; landscaping the backyard, finishing the basement, and adding a monster jungle gym. No effort was too great for his beloved wife and children. Their safety and happiness were paramount. He spent obsessive hours recently installing a car seat so tightly it felt welded in place. Dennis was a proud second generation member of Teamsters Local 251. For 25 years, he worked as a driver at McLaughlin & Moran where his peers elected him union steward. In 2015, Local 251 hired Dennis to run its Driving School. As the lead instructor, Dennis trained dozens of truck drivers helping them expand their skills and career horizons. He was elected Local 251 Trustee in 2016. He passionately served the membership as Assistant Business Agent for the Local 251 for the last two years. Although Dennis was wildly successful in all things he did, one thing he never won any awards for was his ability to get anyone he represented out of a jam. He was passionate, smart and fought until the end. He was always one step ahead of everyone else. Dennis had an innate ability to make people understand his point of view. If you were ever in a situation and needed help, there was no one better to represent you then Dennis Lavallee. Dennis also worked diligently as a Local 251 Charity Fund Trustee, helping on events that benefited children of Teamsters and those in need in the community. In 2017 Dennis (along with two co-workers) volunteered five days of his personal time to drive a Teamster semi filled with donations to Huston’s victims of Hurricane Harvey. Dennis twice ran for Rhode Island State Senate falling less than 200 votes short in his second attempt. As evidence of his grit and determination, he was mulling a third run. Throughout his career, Dennis fulfilled his dream of helping Teamsters, fellow workers and his community. Local 251 staff and members will miss his strong work ethic, vibrant personality and sharp wit. Dennis loved and cared for his family and friends as his parents and siblings and friends have always loved him: Absolutely, with all his being and all his might and all of his enormous heart. There are simply no words to express how much he will be missed.
See more See Less

In Memory Of Dennis Michael Lavallee