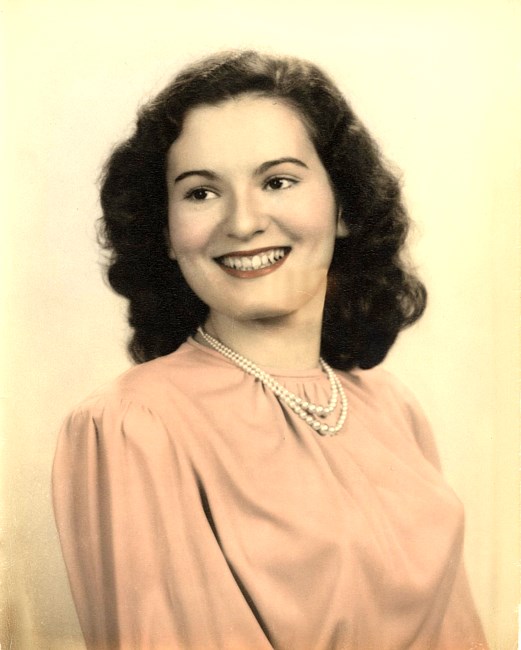 Gloria Florence Bieler, who loved her family and loved to laugh, died early on Monday morning, December 28, 2020, after struggling for many years with Alzheimer’s. She was two weeks shy of 91. Gloria was born on January 15, 1930, in New York City, the daughter of Bella and Sol Lefkowitz. The Lefkowitz family moved to Fall River, Massachusetts, in 1942. She graduated from Durfee High School in 1948 and Bryant College in 1951 with a B.A. in Business Administration. In 1954, Gloria married the love of her life, Irving Bieler, at the Biltmore Hotel in Providence, Rhode Island. In 1957, they moved to Somerset, where they raised their three children and held on to the same phone number for 62 years. Gloria attended all of her children’s school programs and open houses. She was also a president of the Sisterhood at the former Adas Israel Synagogue and an enthusiastic canasta player. After her children were old enough to fend for themselves, Gloria went to work for the United Jewish Appeal in Fall River, where she stayed almost 30 years. Gloria passed on her devotion to the Red Sox to her children, teaching them how to calculate batting averages and won/loss records and how to cope with high-stress at-bats during televised games (you hide in another room). Her wedding day, the births of her three children, and the 2004 World Series were all included in the highlight film of her life. She was also a political junkie and a lifelong Democrat. Gloria and Irving’s nickname at the flea market where they sold tools, rope, and housewares was “Mr. and Mrs. Kennedy.” Gloria outlived Irving by one year and two months. She is survived by her son Steven Bieler and his wife, Deborah Wessell, of Portland, Oregon; her son Ronald Bieler of New York City; her daughter Gayle Bieler and her husband, Rick Williams, of Raleigh, North Carolina, and their children, Isabelle and Jared; her brother, Jerome Lefkowitz and his wife, Rochelle, of Lakewood, Florida; and caregiver Melissa Wilson of Somerset, Mass., who came to Gloria and Irving as a stranger in 2014 but became their second daughter and a constant source of light and laughter. We extend our thanks to the warm-hearted, diligent staff of Country Gardens Health and Rehabilitation in Swansea, Mass., for four years of excellent care, and to Compassionate Care Hospice of Southeastern Mass. for helping Mom in her final inning. Alzheimer’s is a disease that steals everything from you, but Gloria will be remembered for two things even Alzheimer’s couldn’t take: her unconditional love and sunny disposition. In her honor, we ask that you make a donation to the Alzheimer’s Association (www.alz.org).
See more See Less

In Memory Of Gloria Florence Bieler