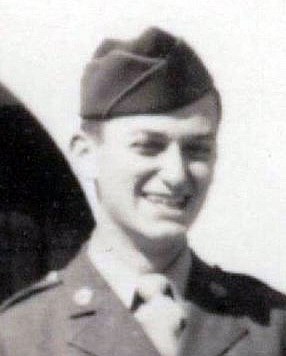 Irving William Bieler, who lived all his life in Fall River and Somerset except for the time he spent in World War II helping the Allies defeat the Axis, died on Thursday, October 17. He was 92. Irving was born in Fall River on May 16, 1927, to Rose and Sam Bieler. He was the fifth of eight children. He was educated in the Fall River public schools. In 1945, he followed his two brothers into the Army Air Force. Irving was stationed at Lowry Field in Denver, Colorado, Sheppard Field in Wichita Falls and Randolph Field in San Antonio, Texas. He left the service in 1946 as a corporal, with medals for sharpshooting and good conduct and one he claimed to have for goldbricking. Irving graduated from Bryant College in 1951 with a B.A. in Business Administration and went into the textile business. He married the love of his life, Gloria Florence Lefkowitz, also of Fall River, on June 27, 1954, at the Biltmore Hotel in Providence, Rhode Island. In 1957 they moved to Somerset, where they raised three children. Irving was a member of the Brotherhood of the former Adas Israel Synagogue, the Jewish War Veterans, and in the mid-1960s he was a commander of the Fall River chapter of the U.S. Power Squadron. For 30 years, he and Gloria sold tools, rope, housewares, and other items at flea markets in Grafton, Raynham, Somerset, and Mashpee. Irving loved being married to Gloria, playing with his children and grandchildren, talking Yiddish with his extended family, fishing, feeding the gulls, watching old war movies on TV, and taking a well-deserved afternoon nap. Irving is survived by Gloria, his wife of 65 years; son Steven and wife Deborah of Portland, Oregon; son Ronald of New York City; daughter Gayle and husband Rick of Raleigh, North Carolina, and Gayle and Rick’s children, Isabelle and Jared, who in the Jewish tradition carry the names of their great-grandparents into the future. He is also survived by his beloved cat, Miss Ellie. Melissa Wilson of Somerset, who began as their helper and became their adopted daughter, went above and beyond in her care of Irving and Gloria. She lengthened their lives with her love and hard work. Services have been held. In Irving’s memory, please make a donation to the Ernest W. Bell Animal Shelter, 68 Stevens Rd., Swansea, MA 02777. Or take your children to the park on a Sunday afternoon and play baseball with them.
See more See Less

In Memory Of Irving W. Bieler