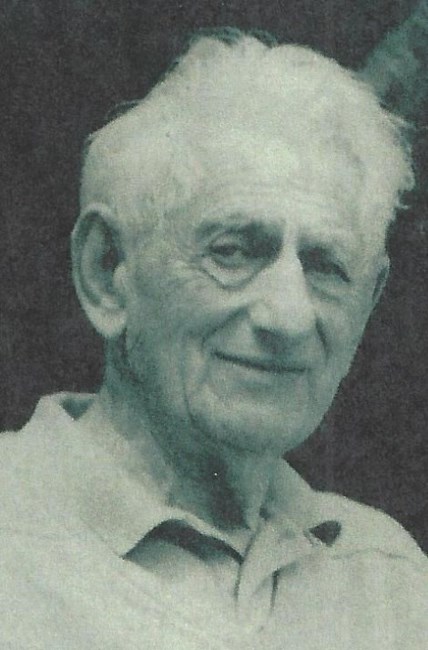 DAVIS, PHILIP J., 95, passed away Wednesday, March 14, 2018. He was the husband of the late Hadassah Davis. He was born in Lawrence, MA in 1923, a son of Frank and Annie (Shrager) Davis. He received both his undergraduate and graduate degrees from Harvard University in the field of pure mathematics. He was Chief for Numerical Analysis National Bureau of Standards in Washington, D.C. for five years. In 1963, Professor Davis joined the faculty in the Division of Applied Mathematics at Brown University in Providence, Rhode Island. Professor Davis was a prolific writer. His work in numerical analysis and approximation theory includes many research papers and technical books such as “Interpolation and Approximation” (1963), "Numerical Integration" (with Philip Rabinowitz, 1967), "The Schwarz Function" (1974) and "Circulant Matrices" (1979). His books, "The Mathematical Experience” and "Descartes’ Dream," written jointly with Reuben Hersh of the University of New Mexico, explore questions in the philosophy of mathematics, and the role of mathematics in society. The Mathematical Experience received the American Book Award for 1983. "Mathematics and Common Sense: A Case of Creative Tension" appeared in 2006. Other works include his book, "No Way: The Nature of the Impossible," with David Park, appeared in 1987. In a lighter vein, Davis has written: "The Thread: a Mathematical Yarn" (1983), and "Thomas Gray: Philosopher Cat" (1988). "Thomas Gray in Copenhagen," a sequel to the first Thomas Gray book, appeared in 1995. A unique blend of biography and autobiography appeared in his work entitled, "Mathematical Encounters of the Second Kind" (1996), and his book "The Education of a Mathematician," (2000) embraces both biography and educational philosophy. Professor Davis received a Guggenheim Award in 1956. He received the Chauvenet Prize of the Mathematical Association in 1963. In 1997 he was a Doctoral Lecturer for Roskilde University in Denmark and was awarded the degree of Doctor of Science, Honoris Causa. He is survived by his daughter Abby; sons Frank, Ernest, and Joseph; and grandchildren Leon, Miranda, and Ruthie. Funeral services will be held TODAY, Friday March 16th at 10:00 AM at Sugarman-Sinai Memorial Chapel, 458 Hope St, Providence with burial in Lincoln Park Cemetery. In lieu of flowers, contributions in his memory may be made to the charity of your choice. www.sugarmansinai.com
See more See Less

In Memory Of Philip J. Davis