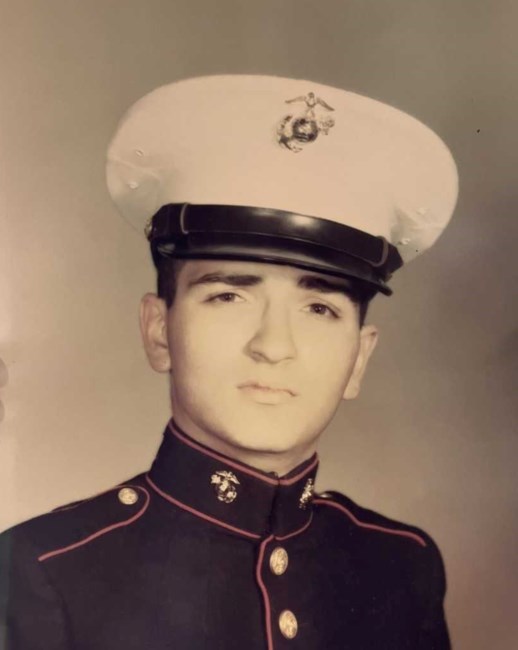 Robert Michael Fountaine, 75, of Ethan Street, Providence passed away August 25, 2022 at home. He was the beloved husband of the late Donna M. (Smith) Fountaine. Born in Providence, he was the son of the late Robert and Sylvia (Ciccarelli) Fountaine. Bob graduated from college with a music degree and later became an Engineer, designing fire suppression systems for Grinnell Fire Protection for many years before retiring. He was also a United States Marine Veteran and served in the National Guard for many years. His greatest pleasures was his grandchildren along with going to shooting ranges. He was an avid golfer and kept his passion for music and playing his drums and the guitar. He was the father of Robin Fountaine and her twin the late Cindy Fountaine, Ronda Thompson (Louis), Robert M. Fountaine, Jr. and Robert Reome; grandfather of Jessica and her husband Brandon Brunelle , John A. DelBonis, Jr., the late Kayla Thompson, Dennis, Philip Thompson, Justin, Kristen, Thomas, Brittney, Ryan and Spencer; great grandfather of Sophia, Louis Chase and Ryker. He was also the brother of Robert M. Fountaine, Donna Walker-Testa and the late Eugene Fountaine. A Celebration of Life will be held on Tuesday, September 6, 2022 at 9:00 am in the ROMANO FUNERAL HOME, 627 Union Avenue, Providence followed by a service in the funeral home at 10:30 AM. Burial with Military Honors will follow in the R.I. Veteran Memorial Cemetery, Exeter. Please omit flowers. Fond memories and expressions of sympathy may be shared at www.romanofuneralhome.com for the Fountaine family.
See more See Less

In Memory Of Robert Michael Fountaine