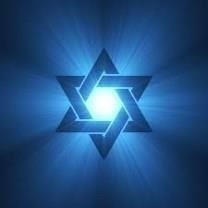 Judge William C. Hillman (Ret.) passed away May 2, 2021. Bill was born in Providence, Rhode Island, the son of Harold and Anne Hillman. He attended University of Chicago and Boston University School of Law. Bill started practicing law in 1957 and became a widely recognized commercial and banking lawyer. From 1959 to 1965, he served in the US Army Reserves reaching the rank of Captain. Bill wrote, edited and updated several commercial law books and authored many scholarly and practical articles. Beginning in 1969, as a member of the Uniform Law Commission, Bill helped develop uniform state laws, including significant modernizations to the Uniform Commercial Code, to foster consistency in commercial transactions. He was intellectually curious, always learning, and always staying current with legal developments, reading advance sheets and articles, teaching bankruptcy at several law schools, and attending and speaking at educational conferences and programs. He believed that teaching “kept him up to speed.” Along the way, Bill was a steady mentor to dozens of young lawyers. In August 1991, he was appointed a U.S. Bankruptcy Judge in Boston. During his 24 years on the bench, Bill wrote over 600 opinions, which serve as useful guidance to future litigants. The judges on the US District Court and Court of Appeals for the First Circuit had great respect and fondness for Bill and his interactions with them when he was chief judge of the Massachusetts bankruptcy court and the First Circuit Bankruptcy Appellate Panel. He was widely respected for his obvious intelligence and ability to distill a problem to its essence. He was unassuming, getting the job done correctly and expeditiously in an understated way: he would boil down the complex to the concise. He set and followed high standards for the bar and all professionals. Bill was gracious and helpful to non-lawyers who personally appeared in his court because they could not afford a lawyer. Bill believed that the bankruptcy process is intended to give debtors a fresh start and creditors their due. While still on the bench, he travelled to Bishkek, Kyrgyzstan, Almaty, Kazakhstan, Moscow and Tomsk Siberia to educate local judges about US bankruptcy law. Recognizing the need for a branch of the Bankruptcy Court on Cape Cod to handle local matters, Bill began a weekly bankruptcy courtroom in Barnstable so parties based on the Cape did not have the burdens of travelling to Boston. Upon his retirement in 2015, in recognition of his invaluable contributions, the court named his former courtroom in his honor. He is survived by his brother Richard, his son Dan, wife and lifelong friend Eleanor Radin, children by marriage Peter, Deba and Michael, and three grandchildren Sara, Sam and Chasen. Bill was the father of the late Harold S. Hillman. Burial will be private. In lieu of flowers, contributions to the Rhode Island Legal Services or your favorite charity would be welcome.
See more See Less