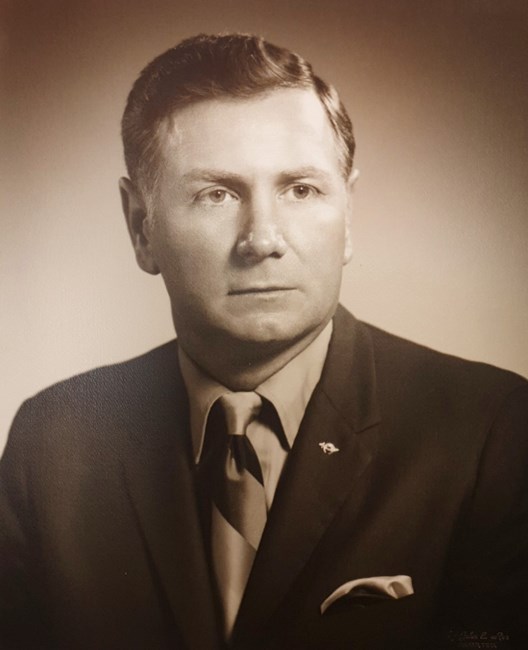 Garfield V. Carvell Born - June 16, 1928 Died - September 16, 2022 Garfield V. Carvell was a master of many different occupations during his lifetime. He became a butcher as a teenager and butchered in both Jitney Jungle and Carvell Market in Pulaski, TN. Garfield joined the Air Force where he butchered for the officers' mess and was also an Air Force football star. After the Air Force, Garfield embarked on a new endeavor and became an expert in the field of Butane and Propane gas. He started the Middle Tennessee Butane and Propane Gas Company of Pulaski; later selling that company to the Pargas Company. He was the President of the Tennessee Gas Association and an expert witness for trial lawyers about the properties and correct piping of gas and gas heaters. Garfield and his brother, Tillman E. Carvell, had several business enterprises including Sands Motel, a local bowling alley, and numerous real estate holdings. Garfield was an avid amateur pilot and enjoyed having friends and family join him in the plane. In 1975, he started the Carvell Realty Company and became one of Tennessee's star real estate salesmen. He was Realtor of the year from Southern Middle Tennessee Board of Realtors. After 47 years in real estate, Garfield was closing Carvell Realty when he recently had a home accident. At the age of 94, Garfield passed away September 16, 2022. He was preceded by his parents, Tonnie L. Carvell and Clara Bell (Walls) Carvell.  He was also preceded by his wife, Roxie J. (Gilley) Carvell and infant son, Michael Cole Carvell. Garfield is survived by Wanda Carvell Maib, (Gene Maib) daughter, A Kent Carvell (Jane Gay Carrol Carvell) son, Lesa Carvell Odom (Mike Odom) daughter, Tracy L. Carvell (Barbara Sousa Carvell) son, Lance C. Carvell son. Also 11 grandchildren and 16 great grandchildren. Visitation for Garfield Carvell will be from 12:00 till 3:00 on Sunday, September 18, 2022 at Carr and Erwin Funeral Home, Pulaski, TN. Funeral services will be at 3:00 Sunday, September 18,, 2022 at Carr and Erwin Funerals Home. Interment will be in the Maplewood Cemetery, Pulaski, TN. Memorials can be made to the Shiners' Children Hospital, Attn. Processing Ctr., PO Box 947764, Atlanta, GA 30394.
See more See Less

In Memory Of Garfield Varnimore Carvell