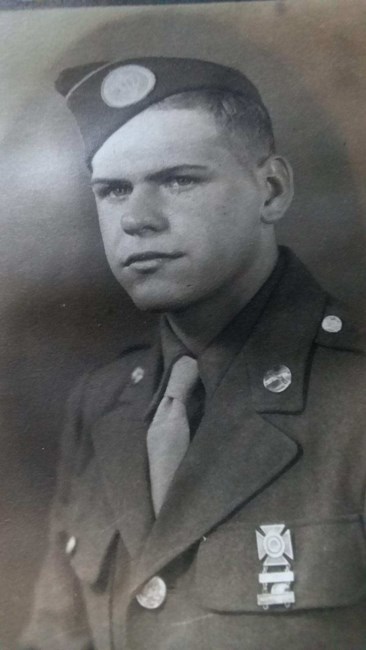 Alonzo T. Adams II, 95, Died November 28, from complications of COVID-19, at Rex Hospital. He was born March 15, 1925 in Davenport Iowa, the son of Alonzo and Florence. After graduation from High School in Davenport, IA, Lon served in the 82nd Airborne Division, seeing combat in Holland and Belgium, before being injured in the Battle of the Bulge in 1945. After returning to the states, and a long recuperation, Lon attended and graduated from St. Ambrose College in Davenport, and later earned his Masters Degree in Microbiology from Iowa State University in Ames, Iowa. Lon was married to Berdine Heerts, and had a daughter Eleanor, and a son Eric. Lon worked many years for Goodmark Foods and retired as Principal Scientist. He is survived by his daughter Eleanor; son Eric; grandchildren Emma, Andrew and Kelley Ann. In addition to his parents, he was preceded by his wife Berdine; and brothers Jack and Arthur. A private family graveside will be held on Wednesday, December 2, 2020 at Oakwood Cemetery. Arrangements by Brown-Wynne, 300 Saint Mary's Street, Raleigh.
See more See Less