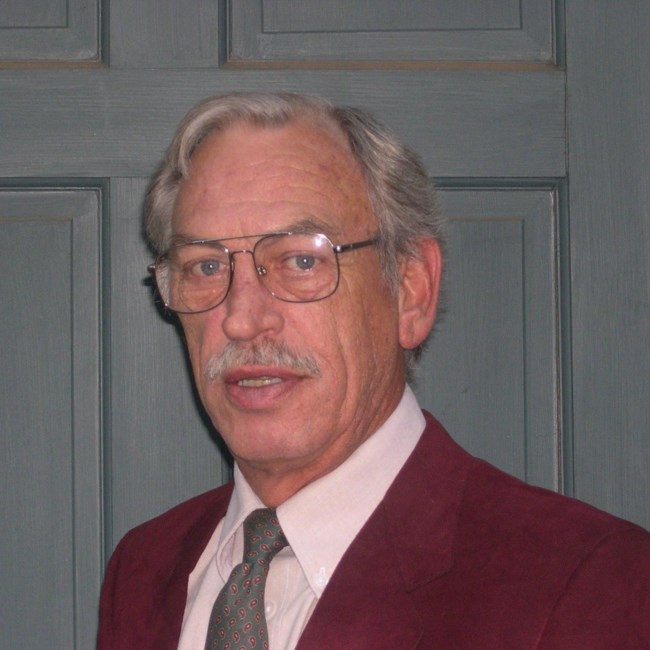 David Crenshaw Worth, Jr., 77, died on April 11, 2020. He was born in Raleigh on November 16,1942 to David Crenshaw and Candace Olive (Pittman) Worth and grew up on a family-owned dairy farm. He graduated from Broughton High School and earned a BA in economics from Presbyterian College, where he enjoyed singing and traveling with the men’s choir. He proceeded to receive his JD degree from UNC Chapel Hill’s School of Law. He also served as captain in the US Army in Artillery. While on duty at Ramstein Air Base in Germany, he was involved in a tragic car crash, resulting in the loss of his right leg and chronic pain. David was a lifelong and active member of First Presbyterian Church of Raleigh where his family’s roots are deep, where he was baptized, and where he met and married life partner, Pamela Greer. He taught Sunday School, moderated various committees, enjoyed singing in the choir, and was elected several times as deacon and elder before being elected Elder Emeritus. David remained engaged on the Session even in his last week of life. He loved participating in Early Birds and valued the relationships fostered there. Professionally, David worked as an attorney with a focus on banking and finance law. He was a vice president and in-house counsel at First Federal Savings and Loan of Raleigh and was later an attorney with the NC Commissioner of Banks before retiring in 2009. Not one to rest for long, he then embarked as a contract course evaluator for the Conference of State Bank Supervisors where he worked until his death. As his colleague at CSBS stated, “If the NMLS Mortgage Education Program had a college dean, Dave would have been it.” David used his sharp intellect and servant leader attitude to lift up two organizations of personal importance to him outside of church - the Kiwanis Club and the National Multiple Sclerosis Society (Greater Carolinas chapter). The latter passion stemmed from Pam’s diagnosis of the disease in 1988. He served as her primary caregiver for almost 20 years even as he battled with his own health issues. Life threw many obstacles at Dave which he overcame through a deep faith, profound sense of duty, pragmatism, commitment, and sheer will. He never complained about his situation and those who knew him learned a lot about resilience, quiet strength, and resolve simply by observing his character. He loved a good joke and often imparted his wry wit to others. He loved music and dancing, driving around in his 1971 Oldsmobile Cutlass convertible, and he devoured books. His balm was playing bridge outside in the backyard listening to the sounds of nature with a good set of cards and a great set of friends. David is survived by his two children, Rev. Candace Aurelia Worth (Elvin Preston Harris, Jr.) of Chattanooga, TN and Sarah Worth O'Brien (Sean) of Durham, NC; three grandchildren, Virginia Greer Harris, Avery Elizabeth O'Brien and Jacob Cole O'Brien; sister Olive Worth McCord of Greenville, SC; and 8 nieces and nephews. He is predeceased by his beloved wife Pam of 45 years. A celebration of David’s life will be arranged at a future date. In lieu of flowers, memorial contributions may be made to First Presbyterian Church, at 112 S. Salisbury Street, Raleigh, NC 27601-1344. Arrangements by Brown-Wynne Funeral Home, Saint Mary's St., Raleigh. Condolences may be made at brownwynneraleigh.com.
See more See Less

In Memory Of David Crenshaw Worth, Jr.