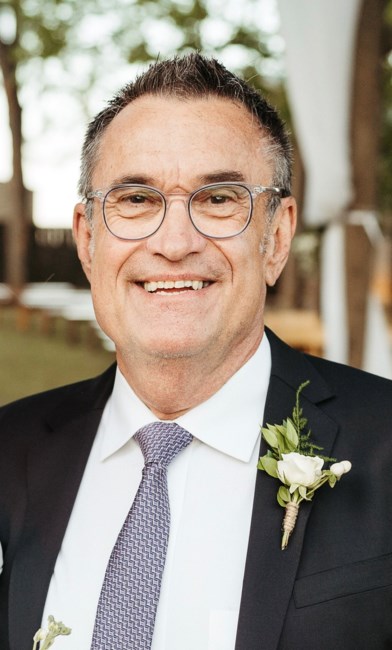 Edward Lynn Houchin passed away the afternoon of August 8, 2022 at his home in Raleigh. He is deeply mourned and will missed by his family who he loved fiercely: his wife of 41 years, Jane Holliday Houchin; sons, Joseph Houchin and his wife Mallory, and their three children, Micah, Calvin and Peter; Charles Houchin and his fiancé Kathryn; daughter, Abigail Claybrook and her husband Colin. Eddy was born in Oak Ridge, Tennessee on November 14, 1956 to Vernon Thomas and Opal Ridenour Houchin. He moved to Birmingham, Alabama for his senior year of high school, graduating from Woodlawn High School. He attended North Carolina State University, graduating with a degree in Food Science in 1978. He earned an MBA in marketing from Lake Forest School of Management. Eddy spent his career managing companies in the food science industry and then later in the long-term and memory care field. While at NC State, Eddy was a member of the Wolfpack Swimming & Diving team from 1974-1978. He achieved All-America honors all four years and won a total of 12 ACC titles throughout his career. He won four straight conference titles in the 200-yard individual medley, making him one of just five men in the team’s history to be a four-time ACC champion in an event. In 2002 Houchin was named to the ACC 50th Anniversary Men’s Swimming & Diving Team, honoring the top 50 athletes in the sport since the conference’s inception. Most importantly, while at NC State Eddy met Jane Holliday, also on the swimming & diving team. They married in 1981 and after stops in Atlanta, Chicago, and Greensboro, settled in Raleigh in 1992 where they raised their three children. Eddy’s faith in Jesus Christ was a cornerstone for his life. For almost three decades at Providence Baptist Church he served as Sunday school teacher, small group leader, and French horn player in the church orchestra. His Friday morning men’s Bible study was a staple in recent years and he was grateful for the Christian fellowship which they all shared. Eddy was deeply devoted to his family and will be remembered as a father that unfailingly supported and loved his wife, children, and grandchildren. Outside of his family, he enjoyed vacations at Holden Beach, swimming, and was a lifelong do-it-yourselfer with countless hours spent in his workshop completing projects for family and friends. You could find Eddy taking a break by tossing the frisbee in the backyard with his Australian Shepherd, Levi. A memorial service celebrating Eddy’s life will be held at Providence Church located at 6339 Glenwood Avenue in Raleigh on Saturday, August 13th at 11:00 AM. In lieu of flowers, the family requests that any contributions be directed to NC State Swimming & Diving, Providence Church, or Trinity Academy (see links below)
See more See Less

In Memory Of Edward "Eddy" Houchin