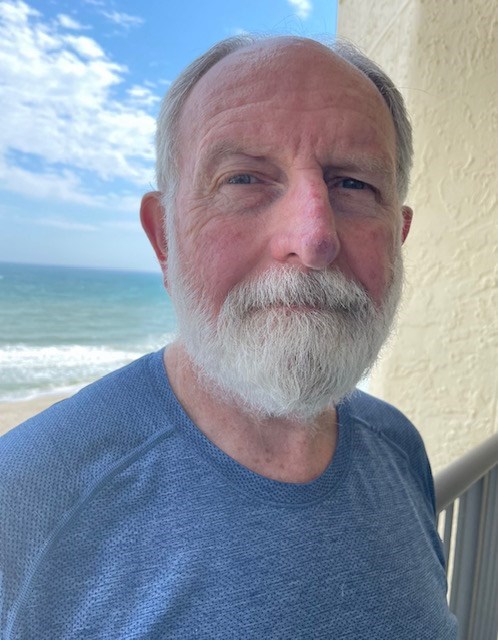 Gary E. Black, 72, of Raleigh, passed away suddenly on Thursday, July 28, in the Fitness Center at The Gardens on Glenwood. Born in Shelby, NC on March 9, 1950, he was the son of Eugene Garfield Black and Edna Panther Black. Mr. Black is survived by is wife of 31 years, Margaret M. (Maggie) Black, step-children D. Wayne Poole (Cindy) from Indianapolis, Indiana; Katy Randolph (Nathan) of Louisville, Kentucky; grandchildren, Mattingly Poole, Caroline and Emily Poole, and Maeleigh Randolph (the light of his life); brother, Timothy Gene Black of Charlotte, NC, and special friend Debbie Lanier (Pete) of Kinston, NC. Mr. Black received a bachelor’s degree in accounting from the University of South Florida in Tampa. He subsequently worked in several hospitals in a variety of financial positions in Florida until 1986, when he relocated to Kinston, NC and joined the staff of Lenoir Memorial Hospital as VP of Fiscal Affairs. In 1992, Mr. Black was named President and CEO of Lenoir Memorial Hospital and served in that role until his retirement in 2018. Mr. Black achieved many accomplishments during his career. He was actively involved with a number of professional organizations. He was an active member of the NC Hospital Association District VI Hospital Administrators, the Southern Atlantic Healthcare Alliance Board. He was a founding board member of the Kinston Community Health Center. He was recognized by his peers for his outstanding contributions to the healthcare industry, receiving the NC Association of Volunteers/Auxilians Administrator of the Year in 2002 and the Kinston Community Health Center Champion Award in 2010. He was listed among the “Top 50 Rural Hospital CEOs to Know” by Becker’s Hospital Review in 2015, 2016, 2017, and 2018. Mr. Black was inducted into the Lenoir Memorial Hospital Hall of Honor in 2002. Mr. Black was also an outstanding community leader, serving in a number of capacities, including: Kinston Rotary Club Board, Kinston-Lenoir Chamber of Commerce Board, Lenoir Committee of 100, Kinston Country Club Board, and the Lenoir/Greene United Way. He was instrumental in leading a hospital leadership group in a mentoring program and Project Fit program at Southeast Elementary School. He received the Kinston-Lenoir County Boys and Girls Club Legacy Award in 2010 and was named Kinston-Lenoir Citizen of the Year in 2011. He was awarded the Order of the Long Leaf Pine by the Governor of North Carolina in 2018. In addition to being a life-long Florida Gator fan, Mr. Black enjoyed an active daily fitness routine, in which he walked over 7 miles every day. A Celebration of Life Service for Gary Black will be held on Monday, August 22, 2022 at 11:00 am, at White Memorial Presbyterian Church in Raleigh. The family will receive friends at a reception in the Jane Bell Gathering Space immediately following the service at White Memorial. Donations in Mr. Black’s memory in lieu of flowers, may be made to Lenoir Hospital Foundation, PO Box 1678, Kinston, NC 28503-1678 or to White Memorial Presbyterian Church, Attn. Presbyterian Women, 1704 Oberlin Road, Raleigh, NC. 27608. Services provided by Brown-Wynne Funeral Home, 300 Saint Mary's St. Raleigh, NC.
See more See Less

In Memory Of Gary Elbridge Black

A reception will immediately follow the service in the Jane Bell Gathering Space at White Memorial.