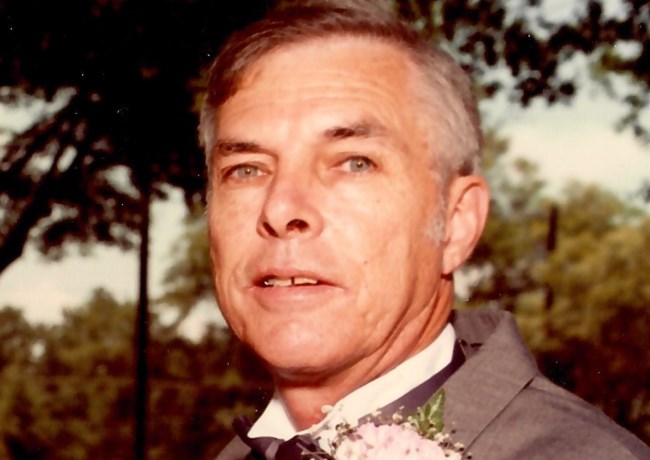 George Donald "Don" Greene, Sr., passed away peacefully on January 20, 2022. Don was born and raised on the family farm in Cleveland County, NC and was the youngest of George Anderson Greene and Sarah Mauney Greene’s nine children. He was preceded in death by his loving wife, Geraldine Freeman Greene, and eight siblings. Don is survived by his children: George Donald Greene, Jr. (Jessica) of Wilmington; Floyd Lee Stevens (Mitch) of Raleigh; Garland Benjamin Greene (Suzy) of Raleigh; Denise Wells (Kelly) of Greensboro, NC; and G. Anderson Greene (Karen) of Wilmington; Grandchildren: Scott Stevens (Anita); Adam Schumacher (Kristin); Christian Marcus Greene (Kari); Nicholas Earl Greene; Georgia Greene Hayward (Simon); David Stevens (Beth); Kathryn Greene Emmerton (Jason); Lauren Stevens Seagroves; Kyle Schumacher; Maxwell Currin Greene (Sarah); and Garland Anderson Greene. In addition to his children and grandchildren he is survived by eleven great-grandchildren and several extremely special cousins, nieces and nephews. Don lived a long and happy life filled with family traditions, fishing and Masonry. He was a veteran of the Korean War, and as a Field Radio Repair Instructor he achieved the rank of Sergeant. After proudly serving his country, he attended Wilmington College and NC State University where he was a member of the all-male cheerleading squad. Following college, Don settled in Raleigh, joined New Hope Baptist Church and began his career with the US Geological Survey (USGS). He later joined the NC Department of Transportation’s Engineering Division and retired after two decades of service. In retirement he was a consultant with the Federal Emergency Management Association (FEMA). Following in the footsteps of generations of family members, Don expressed interest in the Ancient Free and Accepted Masons (AF&AM); he was raised at the early age of 21 at Camp Call Lodge (534) in Polkville, NC. In addition, he was a charter member of Masters Lodge (754) in Raleigh and he held memberships in the York Rite and the Amran Shrine where he was active in the Chanters and the Chef’s Crew. At the state level, he served on the Committee on Credentials at the NC Grand Lodge for more than twenty years. In 2021, after a long and active life in Masonry, he was recognized with a seventy-year membership pin. Funeral Services will be held on Saturday, February 5, 2022 at 1 pm in the Chapel of Mitchell Funeral Home, officiated by his grandson, the Rev. David Stevens. Graveside Services following will be conducted by the Millbrook Masonic Lodge (097). (Services will be recorded and posted afterwards for anyone not able to attend the service.) In lieu of flowers the family requests that memorials be made to the Masonic Home for Children in Oxford, NC or the Shriners’ Hospital for Children. If you would like to leave a favorite memory / story of Don or a message of condolence to his family, you may do so below within "add a memory".
See more See Less