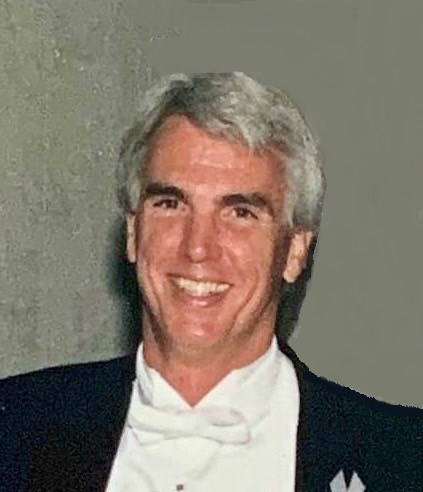 On Sunday May 3, 2020, Harry William Hull, Junior, passed away peacefully at home after a lengthy illness at 79. Born in Fayetteville, N.C., Bill’s parents Harry William Hull, Sr. and Winifred Harris Hull moved to Tarboro shortly afterwards. Bill always considered Tarboro his hometown and had so many fond memories of growing up there. Throughout his life, he was a sincere and loyal friend to many and some would say he was a character with a keen sense of humor and wit. He attended Virginia Episcopal School, but chose to return to Tarboro High School playing football, basketball and baseball. Wake Forest University offered him a full scholarship to play football. In 1962 the school’s basketball team suffered the loss of several players due to injury. Being 6’7” and having had experience playing on his high school team, Bill was asked to join the basketball team as a forward/center becoming the first ACC player to start in two major sports. In 1963 Wake Forest went to the Final Four placing third. Bill was involved in several campus activities including ROTC, Sigma Chi social fraternity, ODK Honorary fraternity and served as President of the Senior Class of 1962. He graduated from the Wake Forest University business school with Honors. Bill was drafted in the 3rd round (35th overall) of the 1962 NFL Draft by the Chicago Bears and by the AFL’s Boston Patriots in the 5th round (38th overall). He ended up being traded to the AFL’s Dallas Texans. He intercepted George Blanda late in the second overtime of what was professional football's longest championship game. In that 1962 American Football League Championship game against the Houston Oilers, Hull's interception allowed the Texans to start the second overtime kicking a field goal to give the Texans the win, 20 - 17. Upon returning from service as a Captain in the Army in 1965, the late coach Hank Stram asked Bill to join them in Kansas City as the Texans had now become the Chiefs in the NFL. Bill carefully considered this offer, but decided to begin his career in commercial development. He had married Marilyn Haufler whom he met on a blind date while in college and was ready to settle down. They were married for 54 years welcoming two daughters and numerous dogs into their family. In a career spanning 45 years, Bill constructed and operated hotels, shopping centers, and office buildings. Bill always had a strong work ethic, but found time for travel and salt water fishing. He cherished being on the water and the challenge of reeling in Marlin and other Billfish all the while advocating for “Catch and Release”. In the company of numerous friends, he fished off the southeast coast, Mexico and Central America. Some of the best days of his life were spent at Atlantic Beach, N.C. Rarely demonstrating anything remotely associated with patience, he was determined to teach his young daughters water skiing. Calmly, Bill drove his Grady-White in circle after circle, his booming voice yelling pointer after pointer in the tranquil water by the lighthouse of Cape Lookout. The girls succeeded eventually. Marilyn and Bill enjoyed more time on the coast after purchasing a second home on a marsh in Savannah, Georgia. Their social life was very active and many very close friendships were formed. Their toddler grandchildren, Lily and Tate, got a thrill from exploring the long dock and learning to swim at the Savannah Yacht Club. Always an athlete, he played in the Senior Olympics for 15 years. The team won the North Carolina State Tournaments every year qualifying them for the National Tournament held every other year. The team placed in the Final Four each year with a victory in 2003. Bill was inducted into the Wake Forest Sports Hall of Fame in 1992 and the Tarboro High School Sports Hall Fame in 2018. He is survived by his wife, Marilyn, and daughters Meredith Lillian Hull and Marilyn Louise “Molly” Boothe and her husband Brian. Bill will always be a champion in his daughters’ hearts! He was very proud of his twin grandchildren, Lillian “Lily” Ruth Miller and Thomas “Tate” William Miller. Also surviving are his siblings Alden Wayne Hull and his wife Connie, Joan Rich, and E. Lawrence Hull and his wife Adrian. There will be a celebration of Bill's life at a later date In lieu of flowers, memorial gifts may be sent to Calvary Episcopal Churchyard Trust, Calvary Episcopal Church, 411 E. Church Street Tarboro, N.C. 27886 or Transitions LifeCare, 250 Hospice Circle Raleigh, N.C. 27607, or the charity of one’s choice. Arrangements by Brown-Wynne Funeral Home, 300 Saint Mary's Street Raleigh, NC.
See more See Less