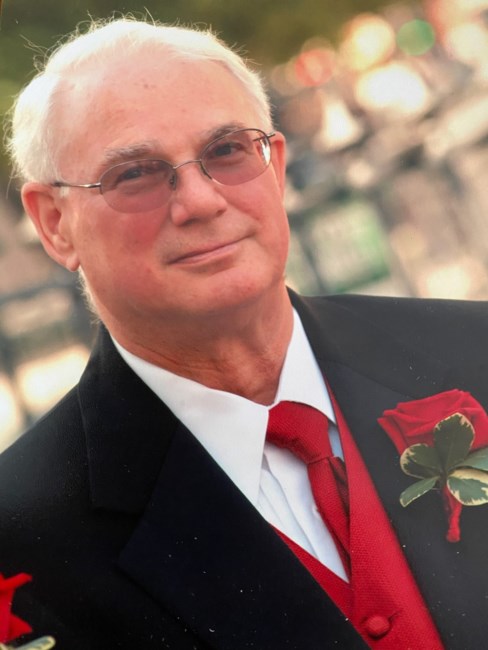 Dr. James (Jim) H. Young of Raleigh, NC died February 20, 2022 at Rex Hospital of Idiopathic Pulmonary Fibrosis after having previously beaten stage IV colon cancer. He was born on March 19, 1941 in the home of his maternal grandparents in Lafayette, Kentucky to James Monroe Young and Mary Holmes Young and was raised on a farm in Christian County, Kentucky. He earned a Bachelor’s (1962) and a Master’s Degree (1964) in Agricultural Engineering from the University of Kentucky and a Ph.D. from Oklahoma State University. He married his college sweetheart, Lou Scott, on July 20, 1963 and she stayed his best friend for their more than 58 year marriage. They have two children, Dr. Leigh Ann Sanders and Scott Young, and five grandchildren of whom he was very proud. He joined the faculty of North Carolina State University in 1966 and served the university for more than 40 years, teaching many courses in engineering and technology, serving as the major advisor for four Master’s and 12 Ph.D. candidates, and rising through the academic ranks to professor in 1976. From May 2000 until his retirement in 2007, he served as the Chair for the Department of Biological and Agricultural Engineering, leading the department to new heights of success and simultaneously overseeing the development of a new Biomedical Engineering Department. He was internationally respected as an innovative researcher on heat and moisture transfer, co-authoring more than 150 publications and the textbook Principles of Process Engineering, receiving numerous awards and honors for his work. He was elected president of the American Society of Agricultural and Biological Engineers and served for more than a decade on the Professional Engineering Registration Committee, overseeing the writing of the PE exam for his discipline. For his career accomplishments, he was inducted into the Hall of Distinction at the University of Kentucky in 2005. He was very supportive of his children, church, and community, serving on numerous committees aimed at improving local public education, as President of his local PTA, as a soccer coach, as a swim parent volunteer (he wrote the first computer program automating Tarheel Swim Association race results), and as a Deacon and Sunday School teacher at Forest Hills Baptist Church. After his retirement from NCSU, he dedicated hundreds of hours at his local voting precinct. Jim was an avid supporter of North Carolina State Wolfpack athletics and held season tickets to football, basketball, and baseball games. He loved to attend and watch sporting events with his wife, children, and grandchildren. His love of travel took him to many Wolfpack games in addition to other vacations around the world on cruises, visiting family, and attending various conferences. Jim is survived by his wife, Lou, his children Leigh Ann (John) and Scott (Gina), and his grandchildren Katie Broyhill (Holden), Christian Sanders, Grace Sanders (fiancé Tyler Wenger), Diamond Young, and Shawn Young, as well as his sister Ruth Price (Barry) and brother Allen Young (Martha). Funeral services will be on Friday, February 25 at 1:00 at Forest Hills Baptist Church with Rev. Mark White officiating. A reception will follow the service. Donations may be made to the Jimmy V. Foundation. Services provided by Brown-Wynne, 300 St. Mary's Street, Raleigh.
See more See Less